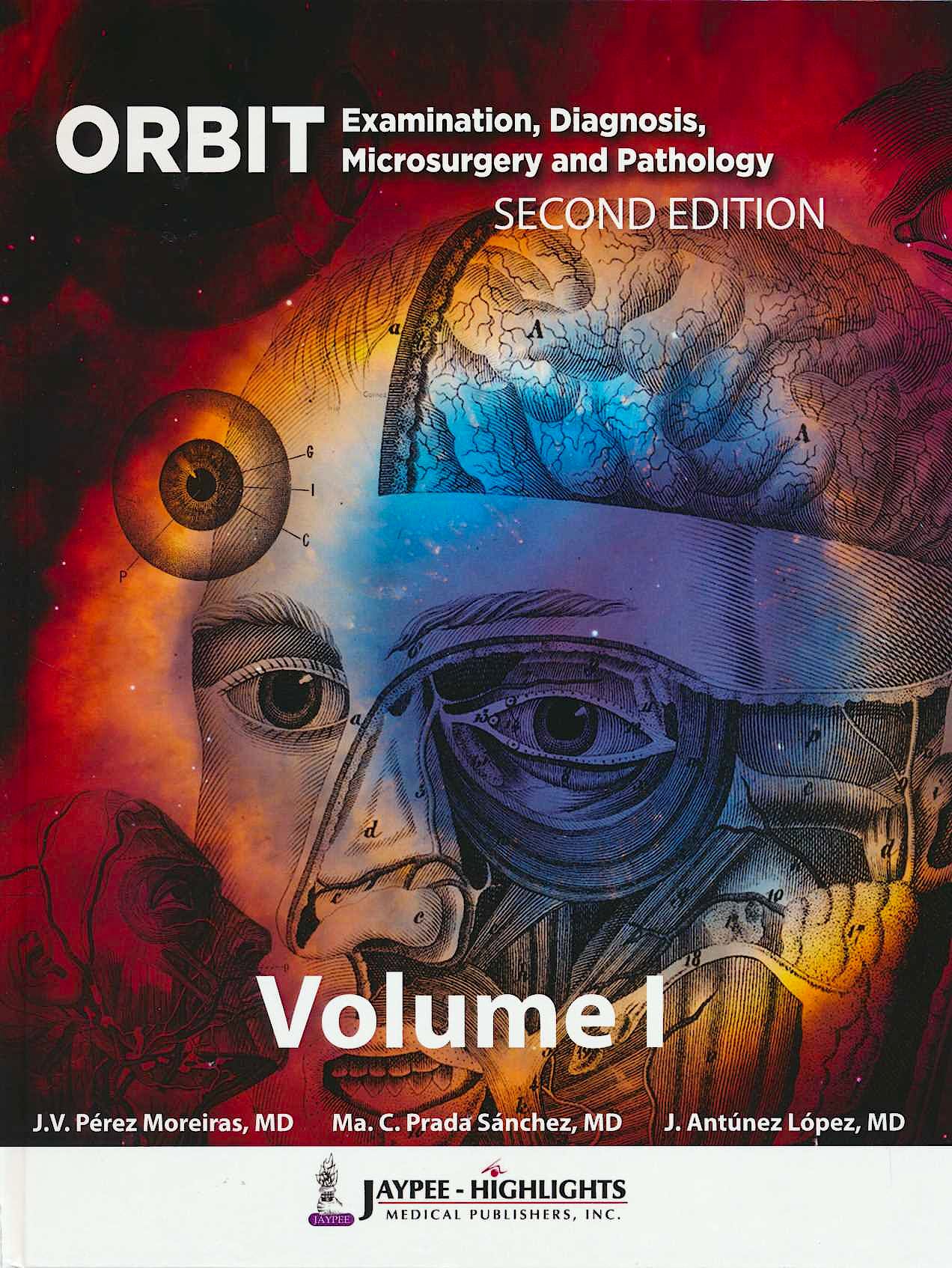 Dear Reader, the work that you have in your hands is, before anything else, a surgeon’s book. This means that it has not been born in the calm penumbra of libraries, nor is it the result of an accumulated erudition. The operating room has been its cradle, and the pathos characteristic of great surgery – with the risk and tension that personal dealing with uncertainty causes - have been its more important and permanent school. I also think that the operating room will be its destiny, because it is not necessary to be a soothsayer to guess that from now on, the orbital space will become an essential instrument for all those that venture to enter into this territory, always full of dangers and ambushes, which is the orbital cavity.

Somewhere Schopenhauer wrote: “the first forty years are the text. What comes next is comment.” The phrase refers to the common biographies. But I think it can also apply to an experience like the one expressed in the pages of this book. Because this long story begins at a time when the orbit was a kind of “terra incognita”. A closed cavity in which the one who wanted to penetrate had to do it without other information than the one contributed by the anamnesis, the simple radiology and an incipient ultrasound. A challenge that tested the skill and fearlessness of a surgeon.

Hands, Head, Heart, in that triple H the Anglo-Saxons put the personality of a surgeon. Skill in the hands, lucidity in the mind, determination in the heart. Because despite the impressive progress in drugs, chemo or radiotherapy, it is still necessary for someone to roll up their sleeves, wash their hands, get into an operating room, enter the orbit and have their own hands cut, remove, replenish, suture.

It is still true what twenty centuries ago Sophocles had one of his characters say in Ajax: “It is not a wise doctor to pronounce enchantment with a disease that asks for a knife.”

And since this prologue has something of a more or less nostalgic “revival” for me, I will allow myself to repeat myself by bringing here part of a prologue to one of the rst publications of Dr. Pérez Moreiras.

Now, almost thirty years ago, when penning a prologue for the rst book of professor Perez Moreiras, I wrote these words:

‘When an ophthalmologist has suficient drive and heart, when the accustomed surgical procedures of the specialty are not enough for him, he always has an awaiting territory where he can test his ability and vocation, his technique and bravery. That territory is the orbit, an intricate meeting place where ophthalmologists and ear, nose, and throat specialists, radiologists and neurosurgeons, oncologists and maxillofacial surgeons simultaneously compete and collaborate.

The orbit is our border, our particular “far-west”, where the boundaries and limits of specialization are not determined beforehand by a universally accepted code but are there to be conquered and af rmed every day with creativity, research and personal effort.”

“Although there are enough arguments supporting orbital pathology as an area belonging to ophthalmology, this will only come true as long as well-prepared ophthalmologists with a high calling exist to occupy it.”

“At the ophthalmological community of Santiago de Compostela we have been lucky to have a person who has demonstrated exemplary dedication to cultivate and enrich that area of expertise: Prof. José Pérez Moreiras.”

Since then, many things have happened. Not surprisingly, Moreiras became a great reference for everything related to orbital pathology. Today, patients with exophthalmos from all over the country take the Road to Santiago with the same faith and hope of Middle Age pilgrims. From the other side of the ocean, young ophthalmologists - famous “Moreiras’ Fellows” - arrive constantly in order to begin their training or improve their abilities in orbital surgery. They recognize him as their Master (and also, of course, Dr. Consuelo Prada, alter ego of Moreiras in all his works and publications). In Spain or Hispanic-America the congress, course or round table on orbital pathology is very rare in which the active participation of Moreiras is not asked for.

All this appears now like something logical and at the same time, fair and reasonable. However, while providing in this prologue public and joyful testimony of such unanimously recognized authority, I cannot forget those times when everything we had were projects, illusions and - Why not admit it? - a certain dose of clairvoyance about the future evolution of ophthalmology.

In Ars Amandi (The Art of Love), Ovid very beautifully wrote “Quod nunc ratio est, impetus ante fuit.” “What now appears to be reasonable, was formerly impetuous desire.” This is also what this work teaches. All that beauty and iconographic richness shown in this book was only possible due to the effort and perseverance exemplary of Dr. Pérez Moreiras.