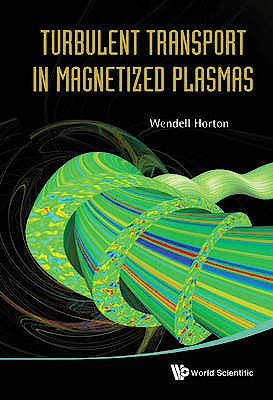 The book explains how magnetized plasmas self-organize in states of electromagnetic turbulence that transports particles and energy out of the core plasma faster than anticipated by the fusion scientists designing magnetic confinement systems in the 20th century. It describes theory, experiments and simulations in a unified and up-to-date presentation of the issues of achieving nuclear fusion power.

Professor Wendell Horton's research at the University of Texas at Austin is devoted to the problems associated with achieving thermonuclear fusion. During 1970–80, the author made numerous trips to Soviet Union and in 1980–90, he was the leader of a US-Japan International Exchange program. In the 1990s, he worked in space physics as an Adjunct Professor at Rice University adding to his experience with plasma transport by turbulence in the solar wind driven plasma trapped by the Earth's magnetic field. The author has published more than 300 peer reviewed articles and received numerous grants for performing original research in plasma turbulent transport and the analysis of data from tokamaks. He has recently received an award from the Institute for Advance Research in Marseille France for 2012–13.