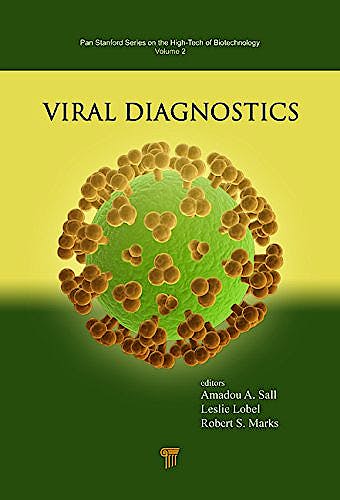 This book illustrates a variety of challenges that bug hunters try to solve. It is an outstanding collection of the insights and expertise of an interdisciplinary group of researchers from all walks of life: virologists, physicians, immunologists, electrochemists, physicists, computer scientists, biotechnologists, epidemiologists, and molecular biologists, all working at the forefront of diagnostics in fields that cross scientific boundaries. Notwithstanding a dire moment as that of the recent Ebola outbreak in West Africa that saddens us all, we must more than ever peregrinate across oceans, and take the fight to them, as these invisible and exotic but deadly enemies know no barriers and constantly invade our lives. The coming epidemics and killer pandemics require us to continuously innovate in areas of prevention, detection, and therapy.

The present volume focuses on creating virus alerts or hand-held detectors to bring to the field during an epidemic, when possible, or tools for the healthcare worker to rapidly diagnose the patient’s ailment. The authors describe the conventional cell cultures and molecular biology methodologies, while introducing state-of-the-art multidisciplinary biosensors. This book is not a manual, set of protocols, or a textbook; it is a glimpse into the advances of virus diagnostic research. Included are a variety of topics that encompass world health issues, local folklore such as associating outbreaks with witchcraft, problems in getting healthcare workers to the outbreak areas, and insights in viral diagnostic pitfalls.

Robert S. Marks earned his Ph.D. from the Weizmann Institute of Science and did his postdoctoral research at the University of Cambridge. He is a full professor at the Department of Biotechnology Engineering, the Ben-Gurion University of the Negev, Israel, and is affiliated to the National Institute for Biotechnology in the Negev and the Ilse Kats Centre for Nanotechnology. He is currently a program coordinator for the NRF CREATE program "Nanomaterials for Water and Energy Management" through MSE at the Nanyang Technological University. Prof. Marks has published in viral immunosensors and has extensive experience in biosensors. He has developed new sensor configurations, such as establishing diagnostics based on luminescence emitted by primed neutrophils, and is the editor-in-chief of the 2007 two-volume Wiley Handbook in Biosensors and Biochips as well as author of more than 100 papers and numerous chapters.

Leslie Lobel earned his B.A., summa cum laude, in chemistry from Columbia College of Columbia University and attended the Medical Scientist Training Program at the College of Physicians and Surgeons of Columbia University, earning his M.D. and Ph.D. in 1988. He was awarded a Helen Hay Whitney Fellowship for postdoctoral training. After postdoctoral work in the laboratory of H. Robert Horvitz at MIT, he returned to the Department of Medicine at Columbia University before moving to the Department of Virology at Ben Gurion University, where he set up a laboratory of immunovirology and viral therapeutics in 2003. His work includes studies on the profile of the immune response to various viral diseases.

Amadou Alpha Sall is a virologist and has a Ph.D. in public health. He received his scientific education in France at the universities Paul Sabatier, Toulouse, Paris-Sud, Orsay, and Pierre et Marie Curie, Paris. Currently he is the head of the Arboviruses and Viral Hemorrhagic Fever unit, director of the WHO collaborating center, and scientific director of Institut Pasteur de Dakar, which belongs to the Institut Pasteur International Network. His research focuses primarily on ecology and evolution of arboviruses and viral hemorrhagic fever. He has published more than 80 papers and book chapters and presented more than 100 scientific papers in international conferences. Dr. Sall is a recipient of the Senegal Presidential Award for Science and is a member of the Senegal National Academy of Science and Technology.