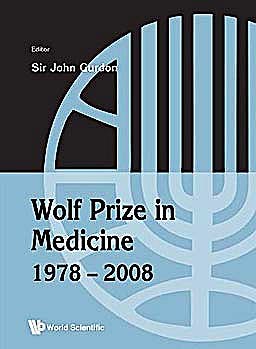 This volume provides a historical account of the recipients of the Wolf Prize in Medicine and includes their curriculum vitae and examples of their most significant publications. Altogether, 25 Wolf Prize recipients are included.

A unique, important book for professionals, science historians and the general public, this book gives ready access to material which have been important in the recognition of its recipients. Many recipients have extensive publication lists; it is valuable to have a concise account of their curriculum vitae as well as list of publications, and especially a reprint of the most significant publications that have resulted in them being awarded the Wolf Prize.

Apart from this valuable volume and the Nobel Prize in Medicine/Physiology volumes, there appears to be no equivalent volume in which the achievements of pre-eminent contributors to the field of medicine has been assembled.