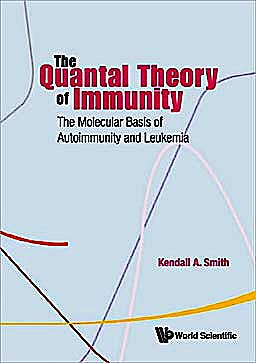 The Quantal Theory of Immunity. the Molecular Basis of Autoimmunity and Leukemia

This book explains how the immune system functions, namely, how individual cells of the immune system make the decision to respond or not to respond to foreign microbes and molecules, and how the critical molecules function to trigger the cellular reactions in an all-or-none (quantal) manner. To date, there has not been a complete description of the immune system and its cells and molecules, primarily because most of the information has accumulated only in the last 40 years and our understanding has been expanding rapidly only in the last 20 years. It is now clear that the cells have evolved a way to “count” the number of foreign antigenic molecular “hits”, and they only react when a critical number of events have accumulated. Subsequently, control over the reaction is transferred to a systemic lymphocytotrophic hormone system that determines the tempo, magnitude and duration of the immune reaction.