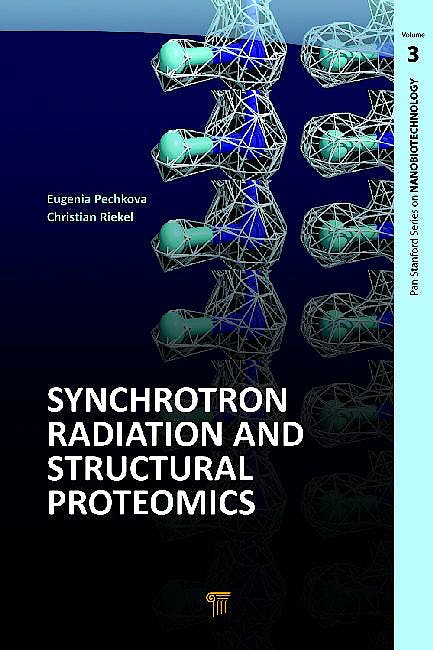 This book presents an overview of the current state of research in both synchrotron radiation and structural proteomics from different laboratories worldwide. The book presents recent research results in the most advanced methods of synchrotron radiation analysis, protein micro- and nano crystallography, X-ray scattering and X-ray optics, coherent X-Ray diffraction, and laser cutting and contactless sample manipulation are described in details. The book focuses on biological applications and highlights important aspects such as radiation damage and molecular modeling.

Eugenia Pechkova is assistant professor of biochemistry at the medical faculty of University of Genoa, Italy. After acquiring her doctoral degree in chemistry at Moscow State Lomonosov University, Russia, in 1998 and PhD in biophysics at University of Genoa in 2003, she became scientific secretary of Fondazione EL.B.A. (Electronic Biotechnology Advanced) and then scientific director and principal investigator of a big FIRB research grant on organic nanotechnology. Following a postdoctoral position, she has acquired the scientific responsibility of the laboratory of Nanobiocrystallography at the Nanoworld Institute, University of Genoa. In 2007, she worked as a visiting scientist at the European Synchrotron Radiation Facility (ESRF), Grenoble, France, in both the Macromolecular Crystallography group and the Soft Condensed Matter group. She is one of the principal investigators of Radiation Damage BAG. She has authored 36 international scientific publications, two patents, the textbook Proteomics and Nanocrystallography, and chapters to several books. Her main interests are structural proteomics and protein nanocrystallography as well as X-ray radiation damage.

Christian Riekel is member of the Soft Condensed Matter Group at the European Synchrotron Radiation Facility, Grenoble, France. He received his PhD in structural silicate chemistry from the University of Munich in 1973. He has been working as a scientist at the Institut Laue-Langevin in Grenoble, the Max Planck Institute for Solid State Research in Stuttgart, and the Polymer Department of the University of Hamburg, Germany. During his stay in Hamburg, he installed the worldwide first synchrotron SAXS/WAXS beamline for polymer research at HASYLAB/DESY. He moved to Grenoble in 1986 to become part of the ESRF founding team. He was the force behind the construction of the microfocus beamline (ID13). Riekel and his team have developed X-ray micro- and nano-beam techniques for applications ranging from soft matter to biopolymers, including protein crystals. Until 2008, he was head of the ESRF Soft Condensed Matter Group. Riekel has been working on soft matter and biopolymer topics as an emeritus scientist since September 2008. His current principal interests are the development of tools for manipulating small samples in an X-ray beam and the study of the assembly of biopolymers by X-ray scattering techniques.