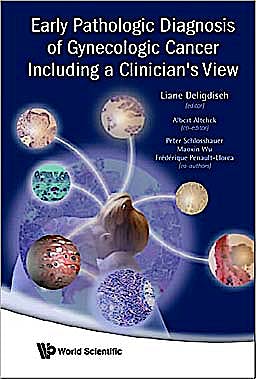 Early Pathologic Diagnosis of Gynecologic Cancer including a Clinician's View

The high morbidity and mortality due to gynecologic cancer calls for much-needed efforts to provide an early diagnosis. Using novel approaches and concepts applied to the precursors of gynecological malignancies and their early carcinogenesis, the clinical–pathologic correlations of the disease are highlighted in this book.

Presented in a concise manner, the book stands out from existing publications in its description of histopathological changes of the female genital tract that precede the development of cancer. It also describes the updated clinical and biological correlations of gynecologic cancer, as well as the early and often silent stages of the cancer. In addition, essential data from the literature on recent scientific progress in the field of gynecologic cancer is discussed, including original research work carried out by the authors.