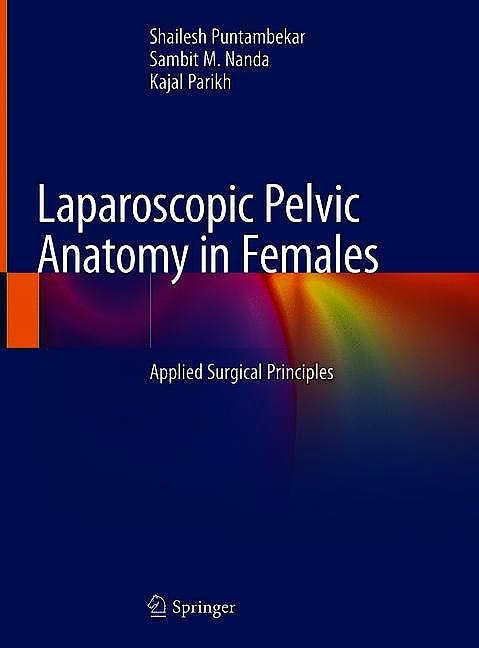 This book offers a concise and easy-to-understand overview of facts and concepts in pelvic anatomy. Laparoscopy provides good vision in a limited field, which means that surgeons have to rely on their anatomical knowledge of what structures lie in the vicinity and which structures need to be preserved. Focusing on surgical anatomy, the book helps laparoscopic surgeons better understand the female pelvic structures so improve their surgical skills.

Dr Shailesh Puntambekar is a cancer surgeon specialised in laparoscopic cancer surgery. He is heading "Galaxy Care Laparoscopy Institute', centre for advanced laparoscopy and Robotic Surgery in Pune. Considered as an expert in Laparoscopic Pelvic surgery and Gynaecological cancer surgery in the world, he has developed laparoscopic radical hysterectomy for cancer cervix known world over as the "Pune Technique".He has to his contribution the largest published series of laparo-scopic Exenteration for advanced pelvic cancers. His highest contribution comes in the form of Lapa-roscopic Live Donor Uterine Transplant. This was done in May 2017 and remains the first in the world. The outcome of our transplant was with the delivery of a female child on 18th October 2018. He sincerely believes that every procedure in gynaecology from the simplest TLH to the Uterine transplant is possible with an excellent understanding of Pelvic anatomy. He has coined the word "PREDICTIVE ANATOMY" which is extremely helpful in anticipating the anatomical structures.He has developed applied surgical anatomy which means using the knowledge of anatomy to develop the surgical planes. Since last few years the annual congress of AAGL (American Association of Gy-naecology Laparoscopy) has had him doing Live Cadaveric dissection as an inaugural event. He is also a regular faculty at the international school of surgical anatomy, ISSA which res the cadaveric courses at Tubingen, Germany. He has trained more than 150 international surgeons and gynaecol-ogists and 300 Indian surgeons and gynaecologists who duplicate the anatomical steps devised by him.He has demonstrated Live surgeries in 35 countries all around the world and in 200 national workshops. His teaching and concepts of pelvic anatomy have been widely acknowledged by surgeons and gynaecologists. He has authored 4 books out of which the atlas of gyne-oncology is now in its 3rd edition. He has had more than 100 publications in peer reviewed journals.

Dr Sambit Nanda is a Consultant Gynaecologist and Laparoscopic Surgeon from Mumbai and is associated with Galaxy Care Hospital (Pune) since 2016. He received his formal training in Advanced Gynaec Laparoscopic Surgery as a fellow to renowned Laparoscopic Oncosurgeon Dr Shailesh Puntambekar (Pune). During his tenure as a FMAS-MUHS fellow at Galaxy Hospital, Pune he was privileged to be a team member of India's First successful Uterine Transplant Surgery and the ongoing Uterine Transplant project till the year 2018. He holds his special interests in Gyne oncology and was recommended and selected for the coveted UICC international fellowship in Germany under Dr. Ivo Meinhold. He is forever indebted to the author; Dr Shailesh Puntambekar for giving him the opportunity to participate and contribute in all aspects of research and data analysis for studying the Anatomy of Pelvis and further culminating in the making of this book.

Dr Kajal Parikh is a Consultant Gynaecologist and Laparoscopic Surgeon from Mumbai and is associated with Galaxy Care Hospital (Pune). She has received her training in Advanced Gynaec Laparoscopic Surgery, Laparoscopic Gynaec-Oncosurgery from the renowned Dr Shailesh Puntambekar (Pune) and Dr Neeta Warty (Mumbai). During her tenure as a FMAS-MUHS fellow at Galaxy Hospital, Pune she was privileged to be a team member of India's First successful Uterine Transplant Surgery and the ongoing Uterine Transplant project. She is forever indebted to the author; Dr Shailesh Puntambekar for giving her the opportunity to participate in the research and data analysis for studying the Anatomy of Pelvis that was involved in the making of this book.