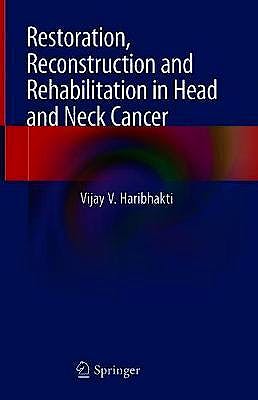 Restoration, Reconstruction and Rehabilitation in Head and Neck Cancer

This book offers a comprehensive set of principles that lead to ideal outcomes following treatment for Head and Neck Cancers, especially in those patients who need major reconstructive procedures. It goes beyond the scope of basic Head and Neck Cancer textbooks, or of reconstructive surgery texts, in that the essential focus is on optimal outcomes beyond fundamental evaluation and management.

The book addresses a range of essential aspects: the chapters on Functional and Aesthetic considerations underscore crucial basics that should be understood by all surgeons, while other chapters relevant to all members of the Head and Neck team address Imaging, Robotics, Radiation Morbidities, Prosthetics and Quality of Life. Throughout the book, particular attention is given to high-quality photographs, flow diagrams and tables wherever possible, combined with crisp writing to achieve effective communication.

The book is unique in the completeness of its approach: from the time of initial presentation, to the time patients resume their normal lives. Although written primarily for surgeons, its value extends to all members of the multi-disciplinary team managing Head and Neck Cancer patients today.

After his basic medical education and surgical training at the G.S. Medical College and KEM Hospital, Mumbai, he moved over to the Tata Memorial Hospital in 1984 and trained there for 5 years in Surgical Oncology. During this period, he developed special interest in the fields of Head and Neck Surgery and Reconstructive Surgery. He then proceeded for a fellowship under Prof. Jatin P. Shah on the Head and Neck Service, Memorial Sloan Kettering Cancer Center, New York; and to the Katholiek University, Belgium, where he acquired advanced microsurgical skills under Prof. Wily D. Boeckx. He has also trained at the Royal National Throat, Nose and Ear Hospital, London and with Prof. Wolfgang Steiner at Gottingen, Germany. In 1990, he was appointed as consultant at the Jaslok Hospital, Mumbai and subsequently at the Breach Candy Hospital and Saifee Hospital, where he eventually became the Chief of Surgical Oncology.

He has had a distinguished academic career and has published numerous papers in National and International peer-review journals and has been on the teaching faculty of major national and international Head and Neck meetings since many years. His fundamental contribution to the literature came early in his career through an anatomical study on the adult human mandible, which was published in "Plastic and Reconstructive Surgery" in March,1996. His articles over the years have appeared in The American Journal of Surgery, Head and Neck, European Journal of Plastic Surgery and the Journal of Laryngology and Otology. He has authored all chapters on Head and Neck Cancer in a book titled: "Practical Clinical Oncology" published in 2014 by Jaypee brothers in India.

Innovation has been his passion since long, and he has developed original designs for a number of instruments and appliances. When still a resident, he designed an instrument (a laryngoscope with a calliper) that was developed by the Karl Storz Company, Germany. His major focus has been and continues to be Quality of Life, which has upheld his dual commitment to both resection and reconstruction, and which defines his current role as Oncology chief at the HN Reliance Foundation Hospital.