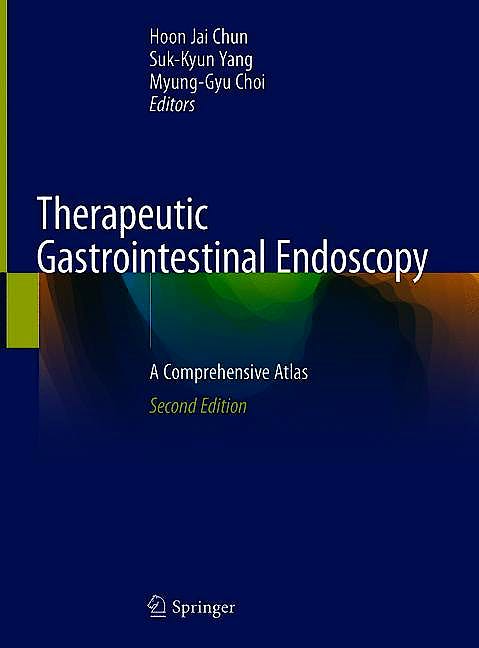 The second edition of this atlas has been extensively revised to provide an up-to-date and comprehensive overview of therapeutic gastrointestinal endoscopy for upper and lower gastrointestinal diseases. The coverage ranges from basic but highly effective procedures like cold snare polypectomy and variceal ligation to sophisticated procedures such as peroral endoscopic myotomy and endoscopic submucosal dissection. New instruments, for example over-the-scope clips and various stents, are introduced in the relevant chapters. Furthermore, several chapters have been added to cover cutting-edge technologies for endoscopic treatment of complex conditions, including refractory gastroesophageal reflux disease and duodenal neoplasia. Many pictures have been exchanged for newer ones, most of them high-definition endoscopy photos, and schematic illustrations are used to ensure clear understanding of complex therapeutic procedures. As in the first edition, special tips of practical value are highlighted and potential pitfalls are identified, but in addition instructive cases have been added at the end of chapters. The second edition of Therapeutic Gastrointestinal Endoscopy will be an essential resource for all therapeutic endoscopists.

Myung-Gyu Choi graduated from the College of Medicine, the Catholic University of Korea, in 1982 and completed his internship and residency in Internal Medicine at St. Mary's Hospital of the Catholic University of Korea. After obtaining his PhDfrom the same graduate schoolin 1993, he served as a visiting scientist at the Mayo Clinic, USA from 1995 to 1997. He is currently Director of the Gastroenterology Center of Seoul St. Mary's Hospital and Professor in the Department of Internal Medicine at The Catholic University of Korea. Dr. Choi is a pre-eminent leader in gastroenterology, with a particular interest in clinical endoscopy and enteric neuroscience. He held a variety of leadership positions at the Korean and International GI Society. He is the Ex-President of KSNM from 2007 to 2009. At that time, he organized International Symposium on Gastrointestinal Motility in Korea. He organized the 1st biennial scientific congress of the ANMA, 2009 in Korea. He is the Past-President of Korean Society of Gastrointestinal Endoscopy from 2013 to 2015 and has served as co-president of The OESO 2015. Dr. Choi has served as leader of the Korean Gut Image Study Group during the past decade, which has overseen the National Capsule Endoscopy Registry. Professor Choi is also the CEO of Omni Medical, a company affiliated with the INNOPOLIS Research Institute - a professional technology commercialization institution in Korea. He has also made important contributions in developing diagnostic and treatment guidelines for gastrointestinal diseases in Korea. He has published over 200 original articles in national and international journals.

Suk-KyunYang is Professor of Gastroenterology at University of Ulsan College of Medicine and Director of the Inflammatory Bowel Disease Center at Asan Medical Center, Seoul, Korea. Dr. Yang earned his MD at Seoul National University College of Medicine and completed his residency in Internal Medicine at Seoul National University Hospital and his fellowship in Gastroenterology at Asan Medical Center. He obtained his postdoctoral research fellowship at the Mucosal Immunology Laboratory of University of California, San Diego.Dr.Yang is an active member of the Korean Association for the Study of Intestinal Diseases (KASID) and serves as president of the KASID.He has also served as a board member of many national societies, including the Korean Society of Gastrointestinal Endoscopy and the Korean Society of Gastroenterology.Dr. Yang has published over 200 original articles and has written numerous book chapters. He has also written two colonoscopic atlases: Colonoscopic Diagnosis (Koonja Publishing, 1999) and Colonoscopy:Diagnosis and Treatment (Koonja Publishing, 2009). His research interests include the epidemiology,genetics, and endoscopic diagnosis of inflammatory bowel disease.