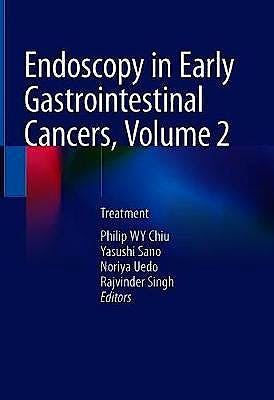 Carcinoma of the gastrointestinal tract remained a major health issue worldwide, which is, however notoriously difficult to treat. Endoscopic resection for early neoplasia of the gastrointestinal tract had been developed for more than 25 years. Endoscopic submucosal dissection (ESD) is a recently developed technique pioneer by Japanese endoscopists. The principle of ESD is to achieve a complete resection of gastrointestinal neoplasia limited to mucosa with adequate circumferential margins. This novel endoscopic technique not only allows the achievement of en-bloc resection for early GI cancers, it also conveys a significantly lower rate of local recurrence as compared to EMR for early gastric cancers. There is an urge for the knowledge in applying these novel technologies for the treatment of early GI neoplasia worldwide. This book on the endoscopic treatment of early GI neoplasia, containing lots of illustrations, artwork and numerous short video clips, serves as a bridge between the recent development in endoscopy and the knowledge of gastroenterologist, endoscopist and surgeons.