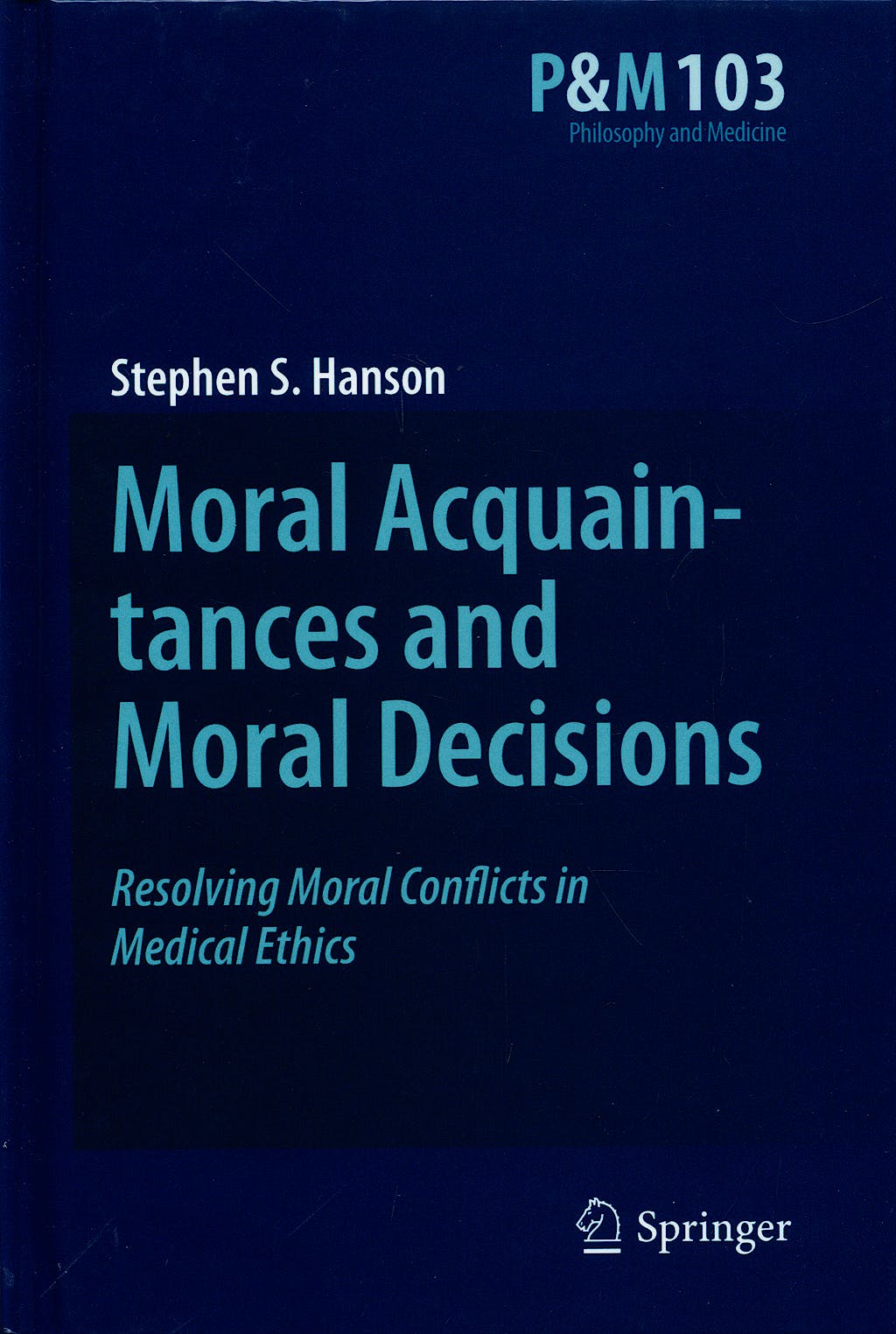 The potential of modern medicine in a pluralistic world leads to the potential for moral conflict. The most prevalent bioethical theories often either overestimate or underestimate the amount of shared moral belief that can be used to address those conflicts. This work presents a means for taking seriously the pluralism in the modern world while recognizing the likelihood of moral "acquaintance" between persons with differing views. It criticizes moral theories that overstate the extent of the problem of pluralism as well as those that imply too much agreement between reasonable moral persons, yet it locates a means for the resolution of many moral conflicts in moral acquaintanceship. Drawing from the work of H. Tristram Engelhardt, Jr., casuists and principle-based theorists, and Erich Loewy and Kevin W. Wildes’s initial development of the concept of moral acquaintanceship, Moral Acquaintances and Moral Decisions is philosophically indepth work with direct applications for decisionmaking in real medical settings. A work in moral theory as well as a source of real world guidance, clinically oriented bioethics professionals as well as students of bioethical theory should find the theory of moral acquaintanceship provided here important to their work.

2: Engelhardt and the Content-Free (?) Principle of Permission:Engelhardt’s Content-Free Theory; "Content-Free" Ethics; "Conclusion-Free" Ethics? Infants, Ownership, and Unconscious Persons; Case 2.1: Damned if You Do; Case 2.2: Problems with Ownership; Case 2.3: "Semi-Persons"? The Limitations of Contracts; The Second Argument – A More Minimal Ethical Grammar; Wanted: Moral Analysis; The Rejection of Force; The Argument from Intellectual Authority; The Argument From Praise and Blame; The Principle of Reason-Giving; Back to Nihilism?

4: Casuistry in a Pluralistic Society: How Casuistry Works; Problems with Analogical Reasoning: Maxims and the Common Morality; The Existence of Commonly Held Paradigms and Their Limitations; Further Troubles: The Problem of Hidden Assumptions and Values; A Possible Response: Medicine Provides the Maxims;

From the reviews: “This book engages and criticizes three major theories of moral justification: Engelhardt’s permission-based ethic, Beauchamp and Childress’ principlism, and Johnson and Toulmin’s casuist ethics. The author’s treatment of each of these theories is reasonably thorough … . The book is intended for those who want to engage seriously the idea of moral justification in the face of deep, rational moral pluralism. It is a satisfying read for those familiar with the theories he engages.” (Nathaniel J. Brown, Doody’s Review Service, January, 2010)