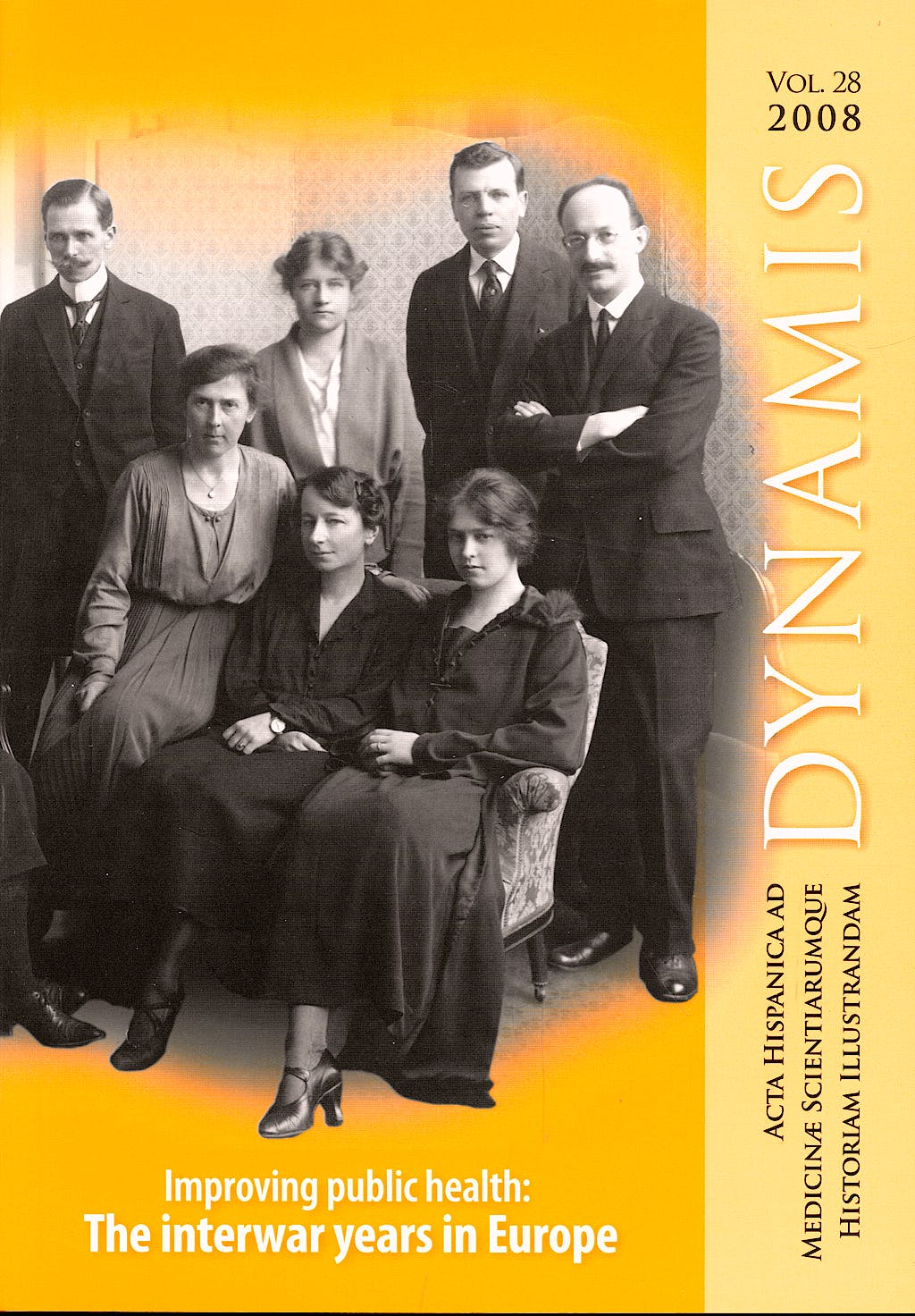 * Vassiliki Theodorou and Despina Karakatsani. Health policy in interwar Greece: the intervention by the League of Nations Health Organisation

1.—Concerns about public health after World War I. 2.—Refugee settlement and the appeal to the international community. 3.—The appeal to the League of Nations. 4.—The L.N.H.O. plan. 4.1.—The first reactions. 5.—The involvement of the Rockefeller Foundation and the campaign against malaria. 6.—The accomplishments of the involvement of international health organisations. 7.—Concluding remarks: what caused the plan to fail.

* Alfredo Menéndez-Navarro. The politics of silicosis in interwar Spain: Republican and Francoist approaches to occupational health

1.—Introduction. 2.—Social reform and the emergence of silicosis in interwar Spain. 3.—Tackling silicosis during the Republic: the Law of Occupational Diseases and the Foundation for the Fight against Silicosis. 4.—Autarky, social insurance and political repression: approaching silicosis during the First Francoism. 5.—The Silicosis Scheme in early Francoist Spain (1941-1946). 6.—Conclusions.

1.—Introduction. 2.—The Popular Front and the politics of health: changes and controversies. 3.—Health organization after the outbreak of the Civil War. 4.—Impact of the war on population’s health. 5.—Evacuation of the refugees. 6.— Experts in action: clinical studies on undernourishment. 7.—The situation at the end of the Civil War. 8.—Conclusion.

* Nadav Davidovitch and Rakefet Zalashik. «Air, sun, water»: Ideology and activities of OZE (Society for the preservation of the health of the Jewish population) during the interwar period

1.—Introduction. 2.—Jews and health in Eastern Europe. 3.—The establishment of OZE and its activities. 4.—OZE crisis and reconstruction. 5.—Typhus. 6.—Favus. 7.—Discussion.

* Martin Gorsky. Public health in interwar Britain: did it fail?