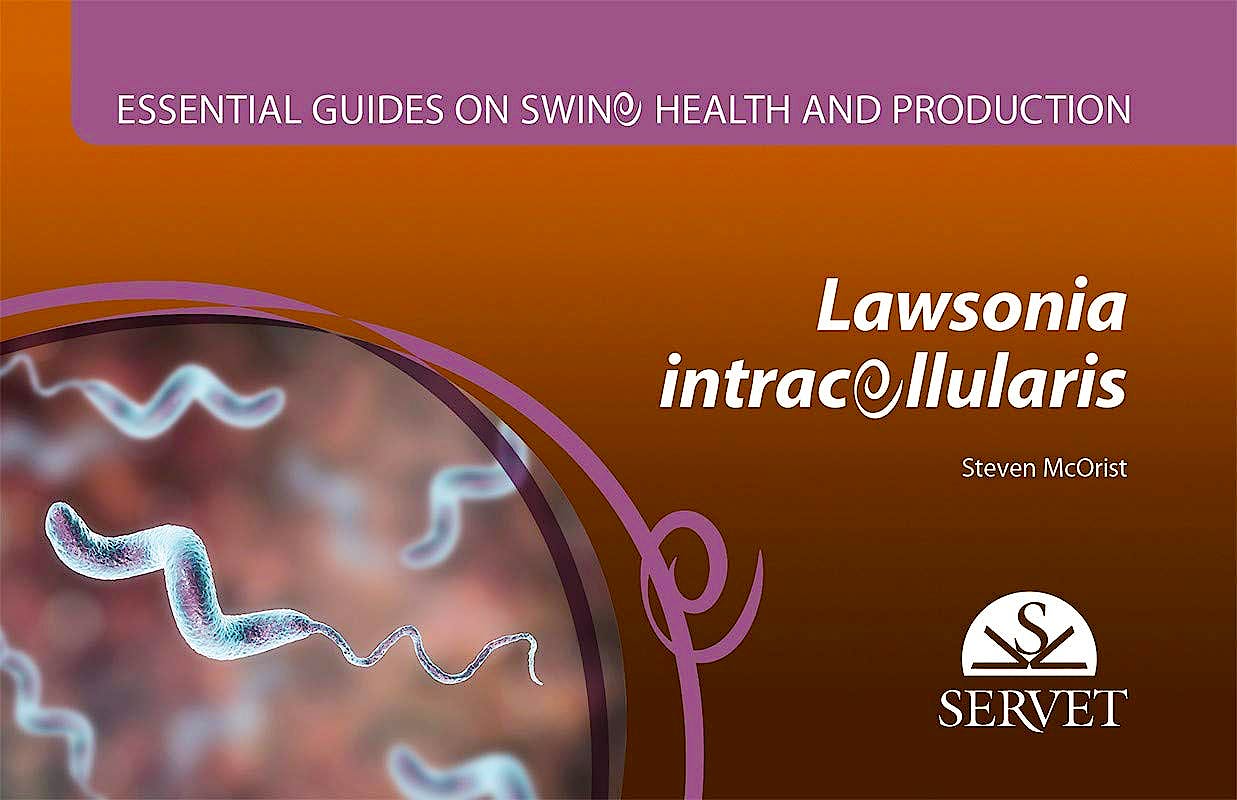 5. How does Lawsonia intracellularis spread?
Spread on the farm
Spread between farms

7. Differential diagnosis. What are other possible causes of these clinical signs?
Investigating intestine problems
Look-alike problems

This guide on Lawsonia intracellularis infections in swine describes the epidemiology of the disease and how to achieve good control mechanisms and minimise risks in order to optimise performance and prevent associated losses. Fully illustrated throughout with colour images, it makes a useful resource for veterinary and animal science students as well as farm managers and veterinary practitioners.

Steven McOrist graduated in veterinary medicine from the University of Melbourne (Australia) in 1978. He worked for five years as a veterinary diagnostician at a laboratory for farm animals in Australia. During this time, he completed a master’s degree programme in enteric diseases. He obtained a Commonwealth University Scholarship to transfer to Edinburgh University in Scotland, where he completed a PhD and continued as the senior researcher and team leader in the porcine proliferative enteropathy research programme. This team was the first to successfully culture the aetiological agent of proliferative enteropathy, Lawsonia intracellularis, and the first to fulfil Koch’s postulates for this disease in pigs. This team then led the way to develop useful therapies and a modern vaccine.

Dr McOrist subsequently held senior pig research positions at Tufts University in the USA, and University of Nottingham in England where he also taught microbiology, enteric diseases and swine medicine and formed consultancies with Asian and American farming groups. He served as the manager of pig health management services for the Asian-Australian agribusiness group QAF Industries for over three years. He has performed technical management roles and consultancies with Chinese, Filipino, European and Australian pig farming groups. He currently works as an independent consultant in the pig industry for the Asia-Pacific region. He has published extensively on L. intracellularis and enteric disease in pigs, including the chapters on proliferative enteropathy in the textbook Diseases of Swine.