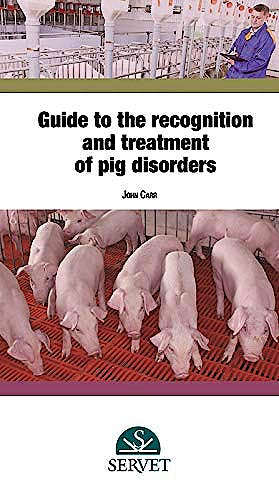 Guide to the Recognition and Treatment of Pig Disorders

This handbook complements the former book by the same author, Swine disorders guide, published by Servet in 2014. This new guide is focused on diagnosis of swine disorders, including clinical examination and clinical signs, and includes a deep review of the main disorders according to their clinical signs.

John Carr started learning the ropes about pigs at the age of 11. He qualified as a veterinarian in 1982 by the University of Liverpool. After 5 years in general practice he returned to university to complete a Leverhulme residency in pigs and a PhD in urinary tract problems of pigs at Liverpool, where he specialized in microbiology and pathology.

He has taught production medicine to veterinarians and farmers throughout the world through positions at several universities in the UK -Liverpool and Royal Veterinary College, London, and in the US -North Carolina and Iowa State- and in Western Australia at Murdoch. John runs a consultancy practice with clients in North America, Europe, Asia, Australia and Africa. John specialises in maintaining the health of pigs through promoting excellence in stockmanship and production practices while controlling the cost of production. He has published several books and more than 200 refereed and non refereed articles.