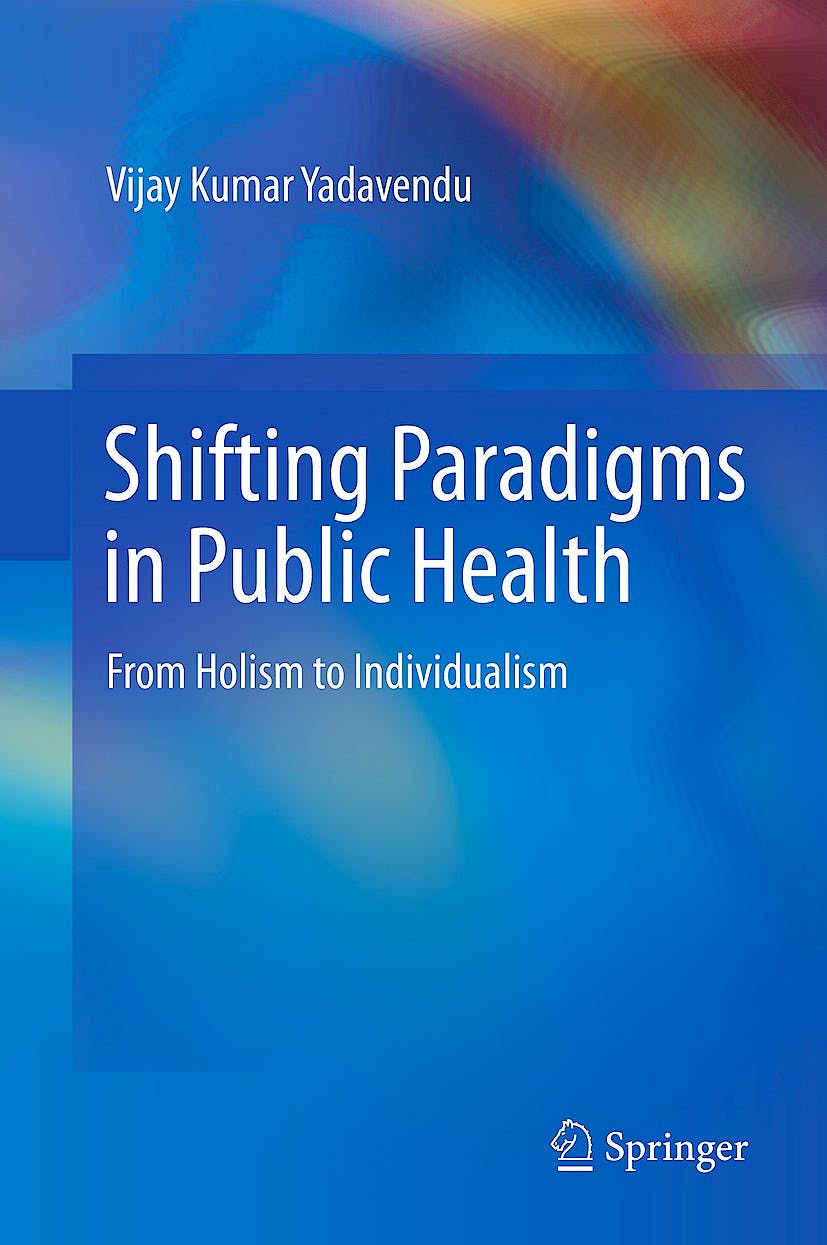 Shifting Paradigms in Public Health. from Holism to Individualism

This transdisciplinary volume outlines the development of public health paradigms across the ages in a global context and argues that public health has seemingly lost its raison d’être, that is, a population perspective. The older, philosophical approach in public health involved a holistic, population-based understanding that emphasized historicity and interrelatedness to study health and disease in their larger socio-economic and political moorings. A newer tradition, which developed in the late 19th century following the acceptance of the germ theory in medicine, created positivist transitions in epidemiology. In the form of risk factors, a reductionist model of health and disease became pervasive in clinical and molecular epidemiology.

The author shows how positivism and the concept of individualism removed from public health thinking the consideration of historical, social and economic influences that shape disease occurrence and the interventions chosen for a population. He states that the neglect of the multifactorial approach in contemporary public health thought has led to growing health inequalities in both the developed and the developing world. He further suggests that the concept of ‘social capital’ in public health, which is being hailed as a resurgence of holism, is in reality a sophisticated and extended version of individualism.

The author presents the negative public policy consequences and implications of adopting methodological individualism through a discussion on AIDS policies. The book strongly argues for a holistic understanding and the incorporation of a rights perspective in public health to bring elements of social justice and fairness in policy formulations.

Dr. Vijay Kumar Yadavendu teaches at the Department of Psychology, Magadh University, Bodh-Gaya, India. Following an MA in psychology from Patna University, Patna, he obtained MPhil and PhD degrees at the Centre of Social Medicine and Community Health, School of Social Sciences, Jawaharlal Nehru University, New Delhi. Dr. Yadavendu writes on philosophical historiography of public health and public health ethics and has published research articles in the International Journal of Psychology; Journal of Health and Development; Journal of Health Studies; Economic and Political Weekly; and Current Science; and has co-authored the entry on 'Bioethics, Medicine and Society' in the online edition of Encyclopedia Britannica. Apart from contributing articles in scholarly journals, he has chapters in many edited volumes on health, medicine and ethics.