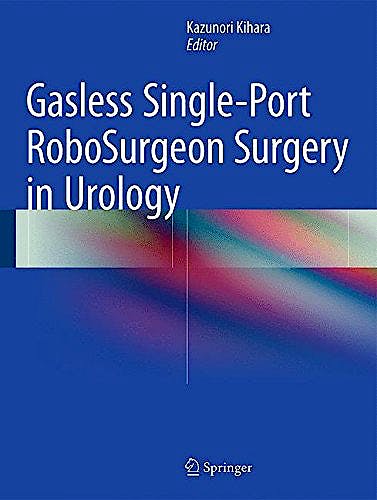 This book focuses on a novel series of minimally invasive surgeries performed without gas insufflation and through a single port using the RoboSurgeon system. The concept of RoboSurgeon surgery involves a degree of “robotization” of the operator and participants. The operator, wearing a head-mounted display, uses robot-like handheld instruments. The endoscope is controlled by the movement of the operator’s head using a gyro-sensor system. All participants wearing head-mounted displays can see the same images as the operator does. Although this surgery is mainly intended for urological cancers, it may also be applicable for various operations concerning other urological diseases, as well as for the treatment of diseases in different medical fields. The system has the potential to become the new standard in robotic surgery. This solution may be a boon to many patients around the world, especially in the aging societies many countries are now facing.