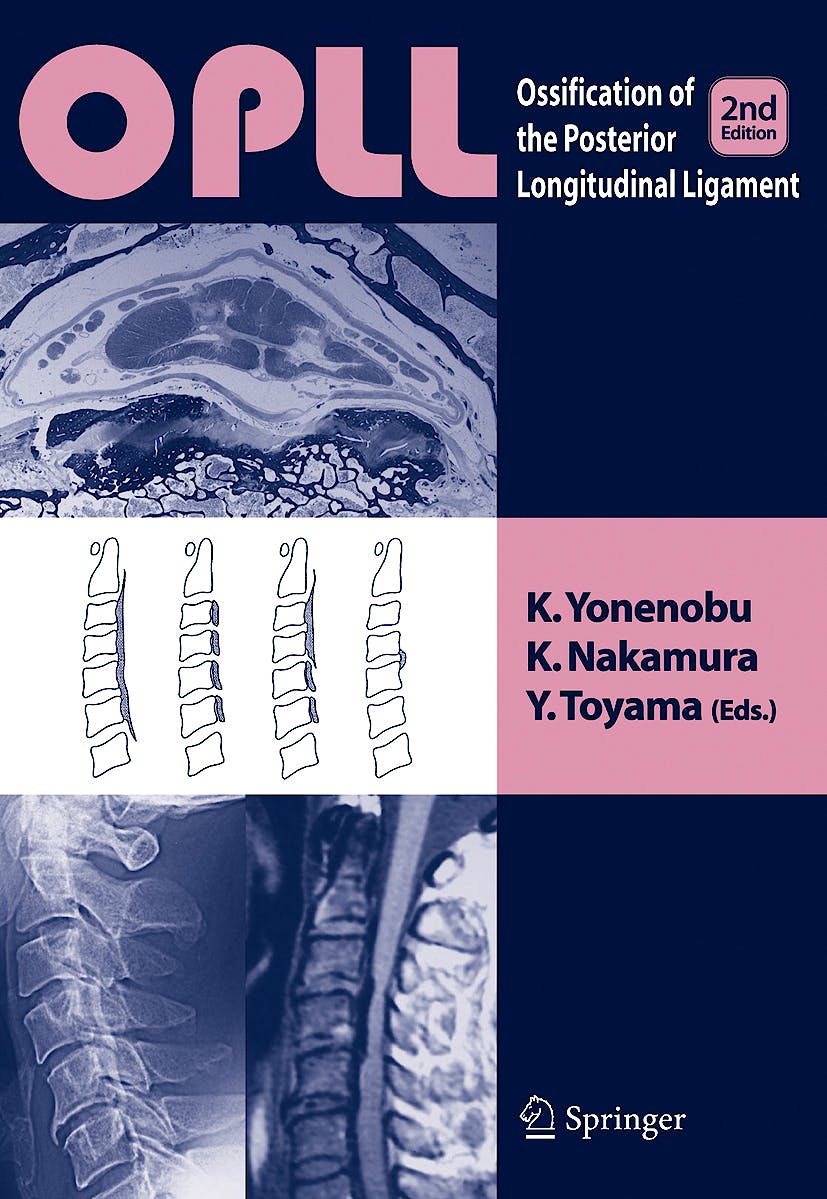 Ossification of the posterior longitudinal ligament (OPLL) is a hyperostotic condition of the spine with severe neurological deficits. In 1975 the Investigation Committee for OPLL, under the auspices of the Japanese Ministry of Health and Welfare, established diagnostic criteria for the condition, and with growing awareness of OPLL among Japanese researchers and spinal surgeons, the number of patients diagnosed with the condition in Japan has increased in recent years. As knowledge of OPLL has spread, there has also been an increase in the number of reported cases of the condition in other parts of the world: Asia, the United States, and Europe. Until now, however, little has been published on the subject in English; thus the appearance of this present volume is most timely. It brings together information on all aspects of OPLL - epidemiology, etiology, diagnosis, and treatment - with contributions by Japanese researchers and surgeons, including members of the Ministry of Health and Welfare Investigation Committee, and by American surgeons with expertise in the field. This collection of reports on OPLL, amply augmented with illustrations, will be of special interest to orthopedic surgeons and neurosurgeons, and to neurologists, rheumatologists, neuroradiologists, and pathologists.

What is OPLL? How it should be treated? This volume, amply illustrated, provides information on all aspects of OPLL-epidemiology, etiology, diagnosis, and treatment - which will be of special interest to orthopedic surgeons and neurosurgeons, as well as to neurologists, rheumatologists, neuroradiologists, and pathologists.