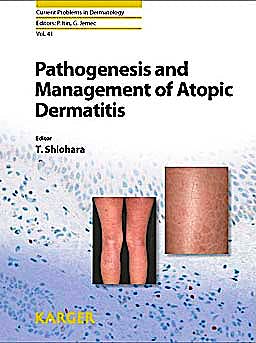 Recently, a breakthrough in understanding the pathogenesis of atopic dermatitis (AD) has been made with studies successfully linking loss-of-function mutations in the genes encoding the epidermal structure protein filaggrin with the subsequent risk of developing AD. Another area of AD research apparently points us to the importance of the increased exposure to various environmental agents – in particular those deprived of microbial stimuli – which is known as the ‘hygiene hypothesis’. Other studies suggest specific mechanisms in AD whereby innate immune responses are functionally defective. Also, the sweating disturbance in AD has recently received increasing attention. Nevertheless, the most common emergent theme has been the role of adaptive immunity in providing cytokines and chemokines that sustain the recruitment, retention and activation of allergen-specific T cells, dendritic cells, eosinophils, basophils and mast cells in the involved tissues.

The key message of this book is to address the questions raised by dermatologists, pediatricians, practicing physicians, basic immunologists, biologists, pharmacologists and medical students on the pathogenesis, management and therapies of AD. To this end, virtually all chapters have been authored by original investigators who have contributed significantly to the establishment of current concepts.