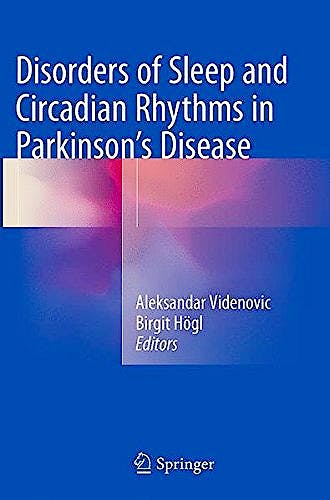 Disorders of Sleep and Circadian Rhythms in Parkinson's Disease

This book is the first to take into account the rapidly growing body of knowledge on the relation between sleep and PD. Gathering contributions from internationally recognized experts, it provides a unique source of in-depth information on sleep and circadian dysregulation in Parkinson's disease. The book is divided into two parts: the first comprises chapters on normal sleep-wake homeostasis, followed by changes that occur in PD and discussions of available tools for the assessment of sleep-wake cycles in PD. In the second part, sleep and circadian disorders associated with PD are described in individual chapters, including sections on epidemiology, etiology, pathogenesis, differential diagnosis, and treatment. Controversies in the field, such as the relations between cognition and sleep, fatigue and sleepiness, and the potential impact of surgical therapies on sleep-wake cycles are discussed separately. The book closes with a chapter on future directions and unmet needs in the field of sleep, circadian biology and PD.

This comprehensive text offers a readily accessible resource for clinicians and researchers alike, addressing the needs of neurologists, sleep and movement disorders specialists, and all trainees and allied health professionals involved in the care of patients affected by Parkinson's disease.