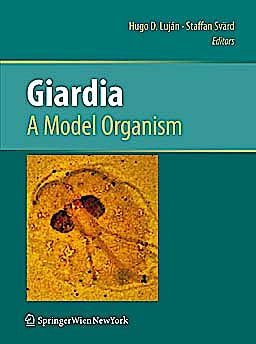 Giardia is a relatively simple eukaryotic microbe, causing acute and chronic diarrhea which has been used as a model to understand complex biological processes occurring in eukaryotic cells. Further, due to its parasitic lifestyle, Giardia is an excellent system for the study of the mechanisms of adaptation and cell differentiation from the perspectives of molecular and cell biology. This book presents a comprehensive review of the current state of knowledge regarding all aspects of Giardia’s biology, including epidemiology, cell and molecular biology, genetics, pathogenesis, diagnostics, and clinical treatment. It was written by internationally renowned authors, the leading researchers in the field including several chapters with techniques and resources available for the study of this microorganism. Questions that need to be addressed to fully understand the molecular mechanisms of the parasite as well as the cause of its pathology are presented. Furthermore, Giardia’s biology is compared with that of other parasites in relation to their complexity. This volume is an indispensable resource for researchers working with this parasite. It is a “must” for libraries and the bookshelves of everyone interested in the biology of parasites and early-branching eukaryotes.

Dr. Luján received his Ph.D. in biochemistry from the School of Chemistry, National University of Córdoba, Argentina, in 1991. Until 1996 he performed postdoctoral work in the United States at the National Institute of Allergy and Infectious Diseases, National Institutes of Health. He is a full professor of biochemistry and cell biology in the School of Medicine, Catholic University of Córdoba, Argentina. He also is an independent investigator at the National Council for Science and Technology of Argentina. Dr. Svärd received his PhD in Microbiology at Uppsala University, Uppsala, Sweden in 1995. He performed postdoctoral work in United States at UCSD, San Diego followed by six years at the Karolinska Institute, Stockholm, Sweden. Currently he is a professor of Eukaryotic Microbiology at Uppsala University.