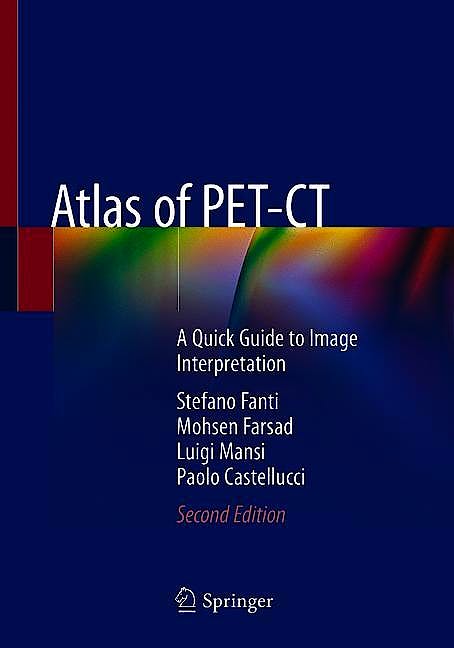 Atlas of PET-CT. A Quick Guide to Image Interpretation

Introduction.- Normal Distribution, Variants and Artefacts of FDG.- PET-CT in Oncology.- PET-CT in Inflammation and Infection.- PET-CT in Neurodegenerative Diseases.

This new atlas, the fourth of a successful series, is a completely revised and updated edition of a previously published FDG PET-CT atlas. In the past few years, considerable progress has been made in the field of PET-CT imaging, and this new edition takes full account of these recent developments. Furthermore, its educational mission has been broadened: beyond serving as a straightforward guide to FDG PET-CT imaging it now encompasses the integrative use of contrast-enhanced CT and MRI. The new edition also includes non-oncological indications for FDG PET-CT.

The atlas aims to help imaging practitioners to recognize physiological and benign pathological FDG uptake and illustrates in a case-based, practical manner the PET-CT appearances of all the major tumors and infectious, inflammatory, and neurodegenerative disorders. The main clinical applications are covered, and learning points and pitfalls are clearly articulated. The consistent, user-friendly format facilitates image interpretation and allows rapid review of key information needed for FDG PET-CT imaging.

Mohsen Farsad, M.D., is the director of the Nuclear Medicine Unit at Central Hospital Bolzano/Bozen Italy. He has graduated from the University of Bologna, in one of the most active PET/CT Departments in Europe and a Centre of Excellence. He pursued an Oncology Imaging fellowship at Imperial College, Hammersmith Hospital London (UK). He obtained the National Scientific Qualification for Associate Professor in January 2014. The major focus of his career has been on PET/CT Imaging, with special interest in Non-FDG PET tracers.

Professor Luigi Mansi works at the Second University of Naples since 1992 as Professor of Diagnostic Imaging and Head of the Nuclear Medicine Department. He graduated in Medicine in 1975 and became a specialist in nuclear medicine, radiology and radiotherapy. In 1982-83, he was an expert for the research on PET at the NIH in Bethesda, becoming a pioneer in PET-FDG. He is the author of more than 400 papers including 130 in PubMed and Editor of many books and chapters. Chairman and speaker at many international conferences and workshops. Editor of the Notiziario di Medicina Nucleare (2005-2011) and co-Editor-in-Chief of Current Radiopharmaceuticals.