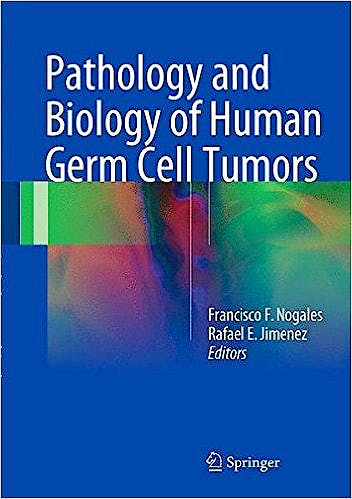 This book provides, for the first time, a detailed, up-to-date, holistic approach to the pathology and biology of germ cell tumors. The main focus is the complex histopathology of these tumors, but special considerations are also given to their morphologic variations in relation to age, genderand organ. Critical updates are provided on terminology and classification; the discussion of biology and pathogenesis includes references to many molecular genetic and immunohistochemical findings from recent stem cell research. Individual chapters are devoted to germ cell tumors atdifferent anatomic locations, including not only the ovaries and testes but also the mediastinum and central nervous system, and pediatric tumors. All of the contributing authors are opinion leaders from universities of excellence in Europe and the United States. This monograph will be ofwide interest to practitioners and researchers in many fields of medicine, including pathology, gynecology, urology, and pediatrics, as well as stem cell scientists.

Francisco F. Nogales has been professor of pathology at the University of Granada, Spain, since 1979 and President of the International of Gynecologic Pathologists (1992-94). His ample research in the field of Gynecologic Pathology has particularly focused on germ cell tumors. He haspublished over 150 papers and edited or contributed to more than 20 monographs, including WHO blue books. He holds several visiting and honorary professorships and doctorates from Universities in Europe and the Americas and is active as a board member of international Pathologyjournals.

Rafael E. Jimenez is genitourinary pathologist and an Associate Professor at Mayo Clinic, in Rochester, Minnesota, USA.   He has previously worked as surgical pathologist at Ohio State University. His research interest is primarily in kidney, bladder, prostate and testicular pathology. He has published over 55 papers and completed work on 10 books. He serves as  Associate editor.  BMC Cancer, Surgical Oncology and Imaging sub-section.