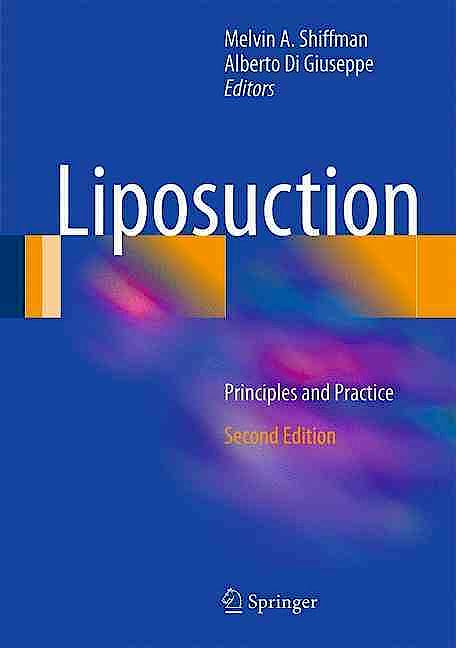 This superbly illustrated book covers all aspects of liposuction: anatomy, pathology, biochemistry, preoperative care, equipment, the full range of procedures, complications, postoperative care, outcomes, lipedema, and medical legal aspects. Compared with the successful first edition, the text has been extensively updated and many additional chapters included, with particular attention to recently introduced techniques. While new technology helps to improve results, experience, care, and skill on the part of the cosmetic surgeon are essential if optimal results satisfactory to the patient are to be achieved. The contributors to this book have expended much time and effort to present the cosmetic and plastic surgeon with as much information as possible on the techniques and uses of liposuction for the purposes of cosmetic and non-cosmetic surgery. Liposuction: Principles and Practice will be of value for residents and fellows and for practicing and highly experienced surgeons in plastic surgery, cosmetic surgery, general surgery, and other subspecialties.

Melvin A. Shiffman, MD, JD, FCLM, received his MD from Northwestern University School of Medicine in 1957 and completed his residency in general surgery in 1964 at the Veterans Administration Hospital, Long Beach, California. Since then he has been continuously involved in the practice of oncologic surgery, reconstruction, and cosmetic surgery. In 2002, Dr. Shiffman became Chair of the Section of Surgery at Tustin Hospital and Medical Center and in 2009-10 he served as President of the American College of Legal Medicine. He is Editor Emeritus of theAmerican Journal of Cosmetic Surgery and an examiner for the International Board of Cosmetic Surgery. He is also a former Editor-in-Chief of both the American Journal of Cosmetic Surgery and the International Journal of Cosmetic Surgery. Dr. Shiffman is the recipient of many honors and is a Fellow of various colleges and societies. He has published approximately 300 articles and numerous books. The latter include a number of books published by Springer, and with Dr. Di Giuseppe he recently edited Advanced Aesthetic Rhinoplasty (2013) and Stem Cells in Aesthetic Procedures (2014; further co-editor: F. Bassetto). He is also co-editor (with T.T. Mugea) of Aesthetic Surgery of the Breast (2014).

Alberto Di Giuseppe, MD, has been Senior Registrar of the Plastic Surgery Department of the University of Ancona since 1982, and is also Associate Professor of Plastic and Aesthetic Surgery at the University of Oradea, Romania and Associate Professor of Surgery at the Lipoplasty University of Austin, Texas, USA. After obtaining his Bachelor of Medicine and Surgery at Bologna University, he attended the Schools of Specialization in Plastic Surgery and Maxillofacial Surgery at Parma University, achieving board certification in both specialties. Dr. Di Giuseppe continued his training in England, serving as registrar and then senior registrar at the Plastic Surgery Center Mount Vernon Hospital of North Wood (Middlesex) and the Victoria Queen Hospital of East Grinstead (Sussex).  Afterwards he attended the Hand Surgery Center at Utah University of Salt Lake City, directed by Prof. G. Lister. Dr. Di Giuseppe practices the full range of plastic surgery with an emphasis on aesthetic surgery, and has vast experience in all facial, aesthetic, and reconstructive procedures.  He is a frequent invited speaker at major meetings in Europe (European Academy of Facial Surgery) and the United States (American Society of Plastic and Reconstructive Surgery).