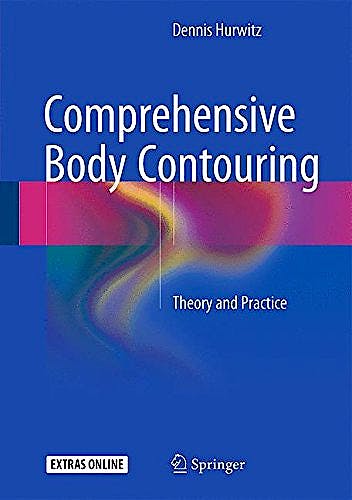 This book is an up-to-date discourse on body contouring surgery based on the experience of a plastic surgeon renowned as an innovator. Patient selection, preparation, surgical procedures, and aftercare are presented for those desiring body contouring after massive weight loss, pregnancy, and/or aging. The emphasis is on technique, which is precisely described and filmed. The videos are full length and divided into brief segments appropriately linked through hypertext. A thorough discussion of the surgical principles is presented and referred to throughout the text. Brachioplasty, mastopexy, breast augmentation, upper and lower body lifts, buttockplasty, thighplasty, the full gamut of lipoplasties, and the coordination of these procedures are described in detail. Technique and decision making are contrasted with the writings of other well-known authors. Standardized images and analysis of evaluations and reported complications support the conclusions.

Dennis J. Hurwitz, MD, FACS, graduated from the University of Maryland Medical School in 1970. In 1977, he joined University of Pittsburgh Medical School as Assistant Professor of Surgery (Plastic) and Director of the Craniofacial Team. He subsequently became Clinical Associate Professor of Surgery (Plastic) at the School and, in 1996, Professor of Surgery (Plastic) and Director of the Aesthetic Plastic Surgery Center as well as Medical Director of the Cleft Palate Craniofacial Center. Since 2000 he has been Director of the Hurwitz Center for Plastic Surgery. Dr. Hurwitz is a member of the Alpha Omega Alpha national honor medical society and a recipient of the Maimonides Award from Israel Bonds for leadership and outstanding medical service to Israel. He has been an active member of many professional societies and is a past President of the Robert H. Ivy Society of Plastic and Reconstructive Surgeons. He has been a member of the Plastic Surgery Research Council since 1983. Since 2003, Dr. Hurwitz has consistently appeared in Best Doctors in America and in 2007 he became Clinical Editor of Aesthetic Surgery Journal. He is the author of 60 articles in peer-reviewed publications as well as more than 80 reviews, invited papers, proceedings of conferences and symposia, monographs, books, and book chapters.