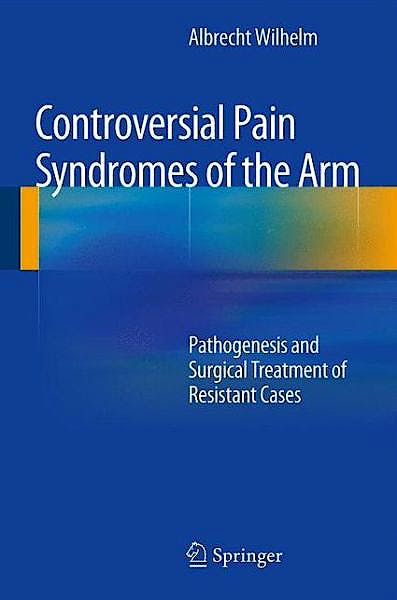 Controversial Pain Syndromes of the Arm. Pathogenesis and Surgical Treatment of Resistant Cases

This concise, well-illustrated monograph explains the true pathogenesis, hitherto unsolved, of five key pain syndromes of the arm and describes diagnosis, indications for surgery, surgical techniques, and results. The syndromes in question are tennis elbow, golf elbow, proximal radial nerve compression syndrome, so-called coracoiditis, and Sudeck’s dystrophy. In each case, the neurogenic pathogenesis is identified and deficiencies of other interpretations, for example that these conditions are the result of degenerative processes, are discussed. Appropriate surgical techniques in resistant cases are described in the context of pathogenesis, and treatment outcomes are documented. The fact that these outcomes are excellent in the large majority of cases may be taken as support for the author’s interpretation of pathogenesis. This book will be informative and instructive for all hand, orthopedic, trauma, plastic, general, and neurosurgeons as well as neurologists and hand therapists.

Albrecht Wilhelm was born in 1929 in Braunau, Bohemia (now in the Czech Republic). He studied at Würzburg and Munich Universities and in 1955 was awarded his PhD (magna cum laude). In spring 1954 he embarked on an internship in the surgical department of Würzburg University and the results obtained with surgical methods that he subsequently developed in Würzburg formed the basis for his Habilitationsschrift, “Joint Denervation and its Anatomical Basis – A New Principle in Hand Surgery” (1966). In 1970 Dr. Wilhelm was appointed Professor of Surgery and also assumed responsibility for the Surgical Department at Aschaffenburg Hospital. Throughout his career, Dr. Wilhelm has had a keen interest in hand surgery and surgery of peripheral nerves. He has authored 139 scientific publications, 32 of which have been book contributions. He has developed 20 new surgical techniques, including 18 relating to the upper extremity and has provided solutions to the disputed pathogenesis of various conditions. Since his retirement in 1994 he has continued to conduct scientific research and voluntary surgical activities. Dr. Wilhelm has been the recipient of various honors: He received the Federal Medal in 1989. He served as President of the German Society of Hand Surgery (DGH) in 1992 and was made a member of honor of the society in 1994. He was named as an IFSSH “Pioneer of Hand Surgery” in 2004 and became a member of honor of the DAH (“German-Speaking Hand Surgery Association”) in 2013.