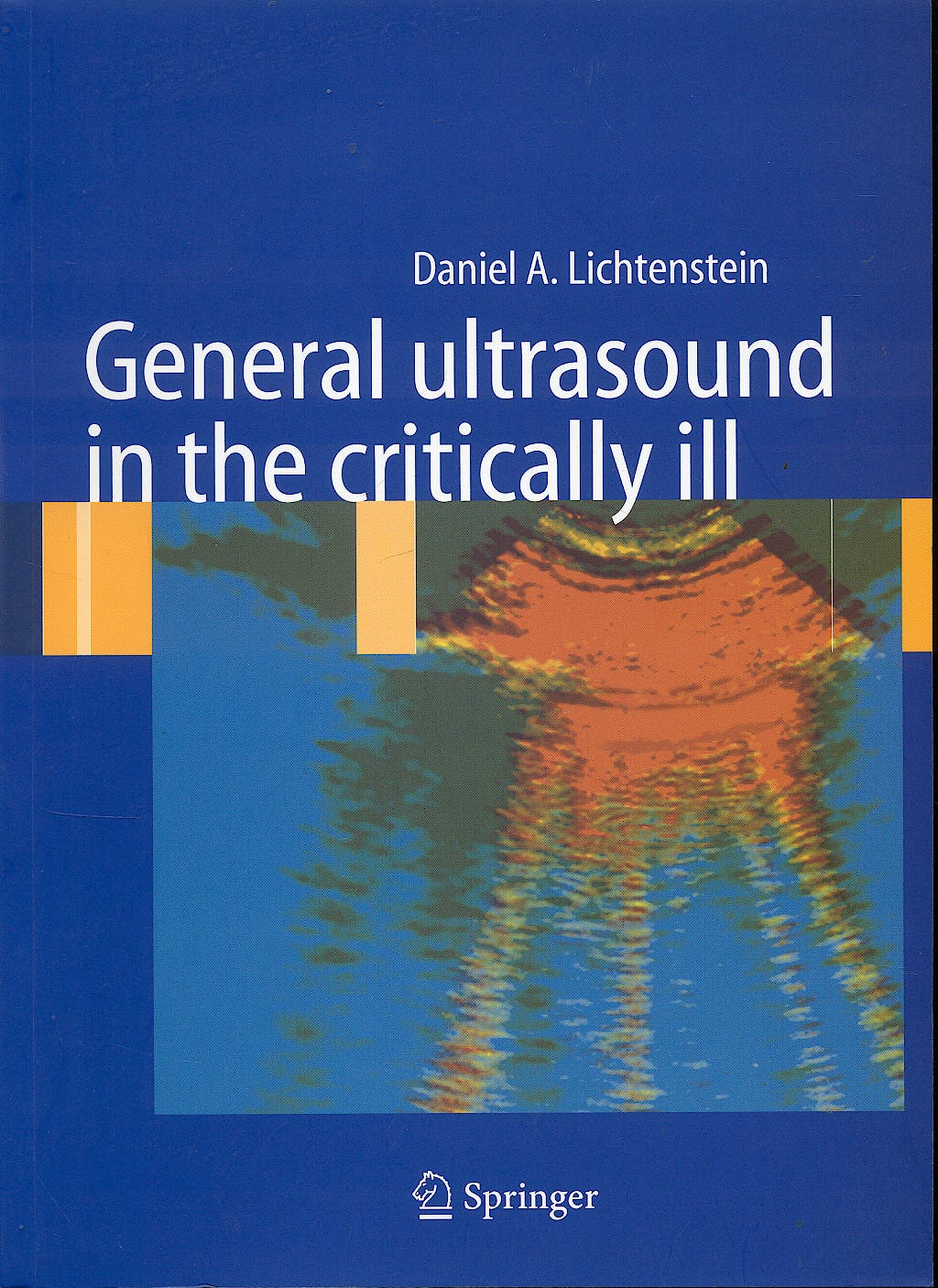 General ultrasound in the critically ill describes a bedside tool destined for use by the intensivist and any physician involved in emergencies. It specifically deals with findings of immediate clinical relevance throughout the body. New emergency applications of ultrasound in the abdomen, the vessels, the head and the heart are considered. The major topic, the lung, is extensively discussed. Interventional ultrasound forms part of nearly every chapter.

Benefiting from the extensive experience of an intensivist intimately familiar with ultrasound, this book accurately answers most daily problems arising in the critically ill. it offers not only an exhaustive atlas but also a permanent aid to the therapeutic decision. All in all, General ultrasound in the critically ill provides a key for practicing a kind of visual medicine.

Since 1990 Daniel Lichtenstein has been an intensivist in a medical ICU which already occupied a pioneering place in echocardiography. He has from the beginning devoted his efforts to the development of general ultrasound. He regularly publishes studies on lung ultrasound, his main topic, in the international literature.