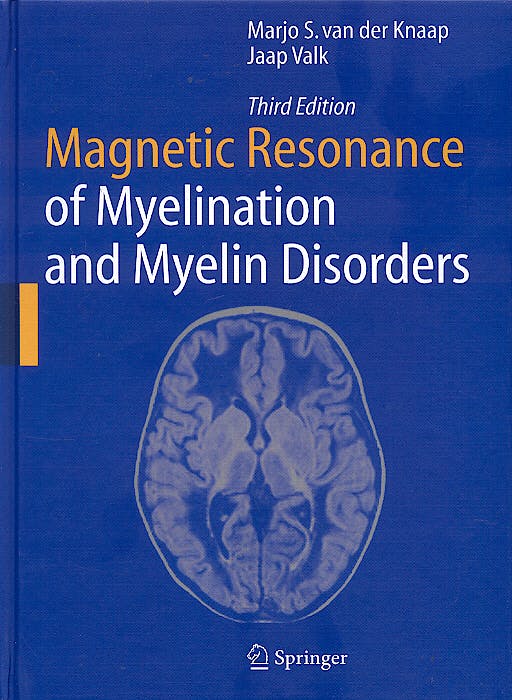 diagnóstico por imágenes
This third edition of Magnetic Resonance of Myelination and Myelin Disorders is considered the worldwide standard text in the field of white matter disorders. No other book covers the field so thoroughly. The 109 chapters extensively detail the myelin disorders known today, from clinical and laboratory data to pathology, chemical pathology, pathogenetic considerations, and therapy as well as magnetic resonance findings.

Each new edition has doubled in size to accommodate the immense progress made in the technical features of magnetic resonance as well as the new knowledge in genetic defects, biochemical abnormalities, and cellular processes underlying myelin disorders. Most chapters in this new, updated edition have been entirely rewritten. Forty chapters have been added to include many new disorders now recognized as myelin disorders and to provide broader coverage of both hereditary and acquired myelin disorders in the adult population.

A vast collection of nearly 4,000 images fully illustrating the subject matter has been gathered for this new edition. Not only are the typical MRI patterns of the diseases described, but, with recently available genetic confirmation, MRI phenotypic variation is also elucidated, best illustrated in the chapters on Alexander disease. The chapter on congenital muscular dystrophies clearly exemplifies the improved insight into disease classification based on the growing knowledge of related genes and how this is reflected in MRI patterns.