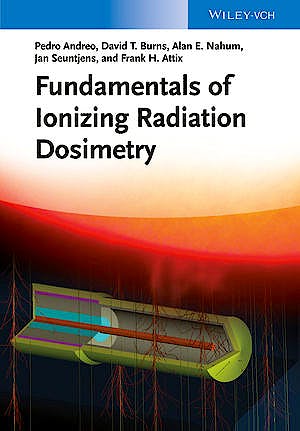 A new, comprehensively updated edition of the acclaimed textbook by F.H. Attix (Introduction to Radiological Physics and Radiation Dosimetry) taking into account the substantial developments in dosimetry since its first edition. This monographcovers charged and uncharged particle interactions at a level consistent with the advanced use of the Monte Carlo method in dosimetry; radiation quantities, macroscopic behaviour and the characterization of radiation fields and beams are covered in detail. A number of chapters include addenda presenting derivations and discussions that offer new insight into established dosimetric principles and concepts. The theoretical aspects of dosimetry are given in the comprehensivechapter on cavity theory, followed by the description of primary measurement standards, ionization chambers, chemical dosimeters and solid state detectors. Chapters on applications include reference dosimetry for standard and small fields in radiotherapy, diagnostic radiology and interventional procedures, dosimetry of unsealed and sealed radionuclide sources, and neutron beam dosimetry. The topics are presented in a logical, easy-to-follow sequence and the text is supplementedby numerous illustrative diagrams, tables and appendices.

For senior undergraduate- or graduate-level students and professionals.

The four authors continuing the pioneering work of Frank Attix, Prof Pedro Andreo (Karolinska, Stockholm), Dr David T. Burns (BIPM, Paris), Prof Alan E. Nahum (University of Liverpool) and Prof Jan Seuntjens (McGill University, Montreal), are leading scientists in radiation dosimetry, having published between them more than 600 papers in the field. They have co-authored most of the existing national and international recommendations for radiotherapy dosimetry and received a number of international awards for their contributions.