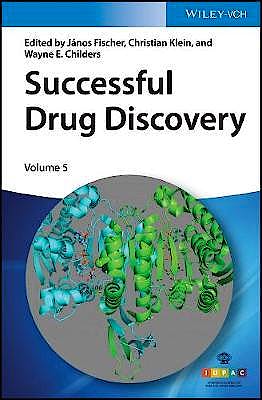 Following the successful approach of the previous volumes in the series, the inventors and primary developers of drugs that made it to the market tell the story of the drug's discovery and development and discuss the sometimes twisted route from the first drug candidate molecule to the final marketed drug. After a general section that addresses overarching topics for drug discovery, 8 selected case studies of individual drugs or drug classes describe recently introduced drugs, encompassing small molecules, antibodies and oligonucleotides, thereby providing a representative cross-section of the present-day drug development effort. Backed up by lots of data and chemical information, the insight and experience of the best contemporary drug creators turns this book into one of the most useful training manuals that a junior medicinal chemist can hope to find.

Janos Fischer is a Senior Research Scientist at Richter Plc., Budapest, Hungary. He received his MSc and PhD degrees in organic chemistry from the Eotvos University of Budapest. He has worked at Richter Plc. since 1981 where he participated in the research and development of leading cardiovascular drugs in Hungary. His main interest is analogue based drug discovery. He is the author of some 100 patents and scientific publications. Since 2014 he is Chair of the Subcommittee on Drug Discovery and Development of IUPAC. He received an honorary professorship at the Technical University of Budapest.

Wayne Childers is Associate Professor of Pharmaceutical Sciences at Temple University, Philadelphia, USA. He received his academic degrees from Vanderbilt University and from the University of Georgia. He served as an assistant adjunct professor at Bucknell University before accepting a position as a postdoctoral fellow at the Johns Hopkins University School of Medicine. He then joined Wyeth, working in numerous therapeutic areas, including psychiatric diseases, stroke, and Alzheimer's disease, and the treatment of chronic pain. He stayed with Wyeth for 22 years, before joining the faculty of Temple University in 2010.