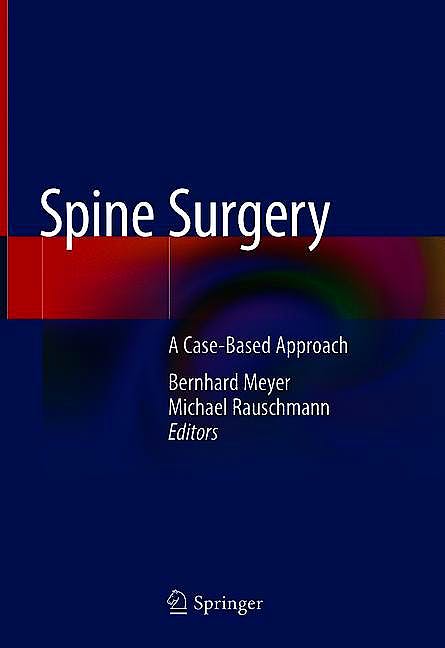 This book covers the content of European postgraduate spine surgery courses, using a case-based approach. It describes a stepwise solution to a real-world clinical problem and compares this with the best available evidence. It then provides suggestions on how to bridge the gap (if there is one) between standard of care and evidence-based medicine.

Spine Surgery: A Case-Based Approach is aimed at postgraduate students of spine surgery (both trainee neurosurgeons and trainee orthopedic surgeons), and is also of interest to medical students.

Michael Rauschmann was born in Frankfurt am Main, Germany in 1963. He is currently Head of the Department of Spine and Reconstructive Surgery at the Spinal Orthopedics and Reconstructive Orthopedics Clinic, Offenbach am Main, Germany. He studied medicine at Johann Wolfgang Goethe University from 1986-1992, having previously completed military service and trained as a car mechanic. He trained in trauma and general surgery in Durban, South Africa, and at the Nordwest Hospital in Frankfurt. He became a specialist in orthopedics in 1998, a specialist in orthopedics and trauma surgery in 2007, and in 1992 he completed his doctor of medicine with the dissertation 'Morphology of the head at the spotted Dolphin Stenella attenuata with special consideration of the cranial nerves. Macroscopic preparation and modern imaging techniques.' In 2005 he completed his postdoctoral qualification with the thesis 'Hydroxyapatite/calcium sulphate form body as absorbable carrier individual local antibiotic therapy of acute and chronic bone infections'. Since 2000 he has worked as a consultant and was Head of the Department of Spine Surgery from 2006 until 2017. He became a Professor in 2010 and President of German Spine Society in 2015. He has published several German-language books on spine surgery.