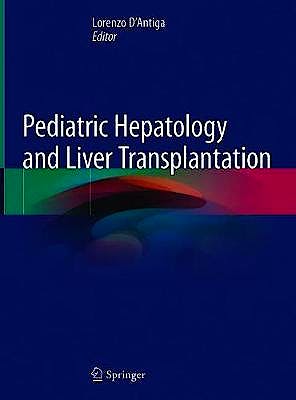 Lorenzo D'Antiga is a paediatric Hepatologist and Gastroenterologist working in Italy. His current position is Director of Child Health and of the Paediatric Liver, GI and Transplantation Unit of the Hospital Papa Giovanni XXIII of Bergamo. He trained as a paediatrician at the University of Padua and as a Paediatric Hepatologist in the United Kingdom, at King's College Hospital London. He has worked as Consultant Gastroenterologist and Hepatologist as well as Paediatric Intensivist, specializing in organ failure and transplantation. ESPGHAN member for 15 years, he contributed to the field of paediatric hepatology with publications, scientific presentation and invited lectures. He has been member of the Council of the ESPGHAN as Education Secretary (till 2014) and member of the Education Committee of the UEG (till 2014). He serves as Senior Associate Editor for Journal of Pediatric Gastroenterology and Nutrition, and as Associate Editor of Liver Transplantation.