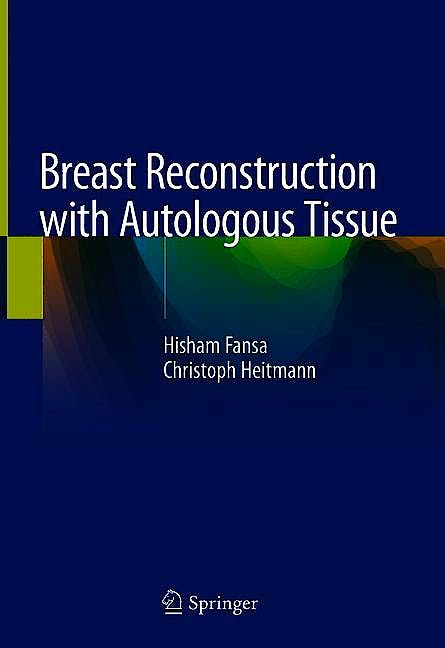 This book describes the various techniques available for autologous breast reconstruction, be it breast conserving therapy (BCT) or reconstruction following total mastectomy with local and distant flaps. Divided into two parts, the first presents the anatomy of the breast and the general requirements with regard to this kind of surgery. In turn, the second addresses reconstructive breast surgery management. The authors present oncoplastic procedures for reconstructing the breast following small defects due to cancer or other conditions (BCT), as well as the use of microvascular free flaps, such as abdominal, thigh or gluteal-based flaps, for a complete reconstruction. Preventive reconstructive surgery and cutting-edge techniques, such as lipofilling or breast reconstruction together with lymph node transplantation, are also included. Written by leading international plastic surgeons and combining step-by-step explanations and detailed illustrations, this book clearly demonstrates that reconstructive procedures can have aesthetic outcomes

Professor Heitmann and Professor Fansa are both plastic surgeons. Professor Fansa acts as a Co-Director of the Plastic Surgery Department at the Klinikum Bielefeld. The authors also work together in private practice in Munich, with a main focus on oncologic breast surgery and reconstructive breast surgery. Professor Christoph Heitmann graduated from Cologne University, Germany, in 1992. He completed his early surgical training at the Mayo Clinic in Rochester (USA) and in clinics in Dusseldorf and Wuppertal, Germany. He received his PhD in 1993. In 1999 he gained the Specialist Fellowship in Plastic and Aesthetic Surgery and was subsequently appointed as a Consultant for Plastic and Reconstructive Surgery at the BG-Klinikum in Ludwigshafen, Germany (Director: Prof. G. Germann). In 2001, he worked as an Assistant Professor of Plastic Surgery at Duke University, NC, USA (Prof. L.S. Levin) and returned to Ludwigshafen in 2002. Professor Heitmann became a lecturer in Plastic Surgery (2004) and Associate Professor of Plastic Surgery (2007) at the Heidelberg University, Germany. Since 2008, he has worked with Professor Feller and later with Professor Fansa in private practice in Munich, Germany. Professor Heitmann has authored more than 60 articles in journals and books, is a frequently invited speaker at international conferences, and is a member of expert panels dealing with reconstructive breast surgery.

Professor Hisham Fansa graduated from the Medical University in Hannover, Germany, in 1994, and received his PhD in 1995. He completed his early surgical training at the University of Magdeburg, Germany, and the University of Utah, Salt Lake City, USA. In 2000, he gained the Specialist Fellowship in Plastic and Aesthetic Surgery and was subsequently appointed as a Consultant for Plastic and Reconstructive Surgery at the University of Magdeburg, where he also became a lecturer in Plastic Surgery in 2001. From 2003 to 2014 he was Director of the Plastic Surgery Department at the Klinikum Bielefeld, Germany. Since 2014 he has been a Co-Director of the same department. In 2009, Professor Fansa became an Associate Professor of Plastic Surgery and received an MBA in Health Care Management. Since 2014, he has worked in private practice in Munich, Germany. He has authored more than 130 publications in journals and books. From 2011 to 2013 Professor Fansa was President of the German Society of Wound Healing and Treatment (DGfW). From 2013 to 2015, he was Vice President of the German Society of Plastic, Reconstructive and Aesthetic Surgeons (DGPRAEC) and German Delegate to the European Association of Plastic Surgeons (EURAPS).