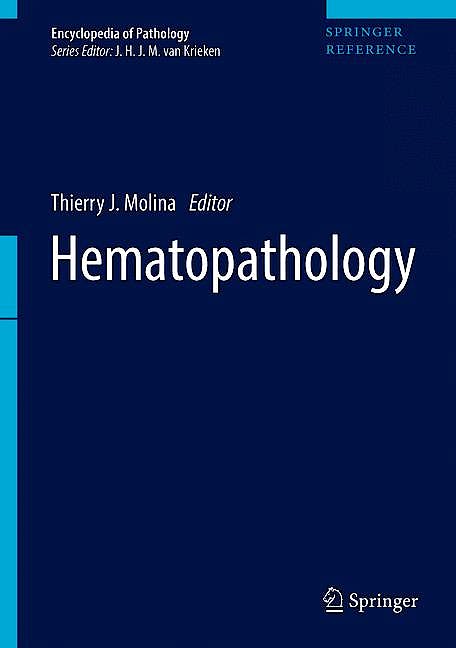 This book covers the complete filed of pulmonary pathology - from Acute Leukaemia to the WHO classification. The alphabetically arranged entries, each of which provides a detailed description of a specific pathological disease pattern, allow readers to quickly and easily find the information they need.

Thierry Jo Molina, Professor of Pathology at the Paris Descartes University and, since 2019, University of Paris, is a pathologist with expertise in hematopathology, both pediatric and adult, as well as thymic pathology. He graduated in 1984 at the Faculty of Medicine Necker-Enfants Malades, Universite Rene Descartes, and was board certified in pathology in 1988. He completed his Master of Science in 1989 and his Ph.D. in 1993 at the same University and after being in a postdoctoral position in Dr. Tak Mak's Laboratory in Toronto, Ontario Cancer Institute, Canada. Dr. Molina became Private Docent in Anatomic Pathology at the Faculty of Medicine Broussais Hotel Dieu, Hospital Hotel Dieu, Paris, in 1994, and Full Professor of Pathology in the same faculty in 2000. After being Head of the Department of Biology, Pharmacy, Pathology in Hotel-Dieu from 2008 to 2010, and Head of the Department of Pathology in Hotel-Dieu from 2010 to 2013, he was appointed since 2013 as the Chief of the Department of Pathology in Necker-Enfants Malades University Hospital. Dr. Thierry Jo Molina has (co)authored more than 250 peer-reviewed publications mainly in hematopathology and immunopathology, and his research interest for more than 20 years has been B-cell lymphoma, mainly in diffuse large B-cell lymphomas (DLBCL). He has done numerous studies assessing the clinical and prognostical value of tissular protein and molecular biomarkers in DLBCL. Dr. Molina is presently working in deciphering the role of the activation of alternative NF-kB pathway in DLBCL. He has written chapters in textbooks such as Non-Hodgkin's Lymphoma in Childhood and Adolescence (Springer, 2019; O Abla, A Attarbaschi, ed.) and edited textbook in French on hematopathology. Dr. Molina has been invited in numerous meetings of national societies of pathology and hematology, as well as international meetings in lymphoma or thymic pathology. Professor Thierry Jo Molina is a member of European Association for Haematopathology (EAHP) since 1992 and was appointed as a member of the Executive Committee of EAHP from 2004 to 2008. He has been a member of the European Biomed-2 group linked to clonality study by PCR of lymphoproliferative disorders, now named EuroClonality. He was responsible of the organization of the French Annual Meeting of Pathology, organized by the French Society of Pathology from 2008 until 2012. He was appointed President of the French Society of Pathology from 2012 to 2014. He is presently coordinating the pathology group of the French clinical network dedicated to the management of patients with thymic epithelial tumors (named RYTHMIC) supported by the French National Cancer Institute (INCa). He is a member of the Executive Committee of the LYSA (Lymphoma Study Association) group, dedicated to all the academic clinical trials involving patients in France and Belgium with lymphoma and is co-responsible of the LYSA Pathology Platform.