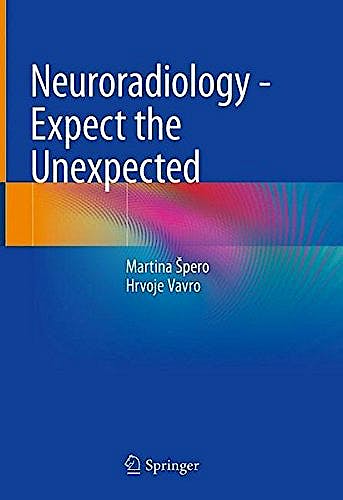 This book presents a selection of unusual neuroradiology cases, each documented with a short medical history, CT and MRI images, and one page with clinical features and radiological findings. A total of 25 rare and peculiar cases were selected from the authors' clinical experience.

Over time, the authors witnessed several of these cases - for which there is little or no information in the international literature - being misinterpreted, especially by residents, general radiologists who occasionally have to deal with neuroradiology cases, or young neuroradiologists.

Written by experienced practitioners, this atlas, with its thoroughly documented collection of rare neuroradiological cases, represents a valuable clinical tool for young radiologists and will encourage them to "think outside the box" and successfully find the correct diagnosis.

Hrvoje Vavro graduated from the University of Zagreb Medical School in 1997 and completed the radiology residency program in 2004. He is a board certified neuroradiologist since 2010. In 2011 he received his European Diploma in Neuroradiology.