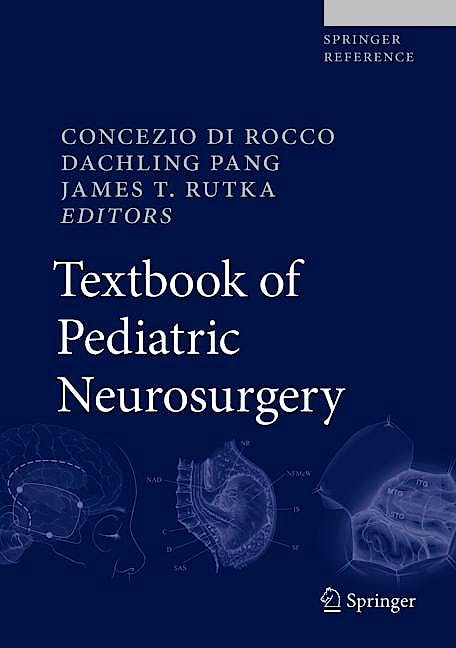 This book documents the state of the art in pediatric neurosurgery with the intention of providing a comprehensive guide to the management of the full range of pediatric neurosurgical disorders that will aid in the delivery of optimal care. Detailed practical instruction, taking into account recent advances, is provided on the neurosurgical treatment of congenital brain malformations, cerebrovascular diseases, head injuries and spinal trauma, infections, functional disorders, congenital and developmental spinal disorders, and brain and spinal tumors. Pearls and pitfalls are highlighted, and attention drawn to the most useful tips and tricks. Information is also included on relevant related topics, including the principles of neuroimaging, the physiological responses of newborns, infants, and children to neurosurgical trauma, preoperative evaluation, anesthesiology and intensive care, and other forms of therapy. The authors are renowned experts in the field, and the text is supported by a wealth of high-quality images. Handbook of Pediatric Neurosurgery will be of value for neurosurgeons of all levels of experience, as well as for pediatricians, neuroradiologists, neuropathologists, and neuro-oncologists.

Dachling Pang graduated with a B.Sc. and the Highest Honors Medal in Physiology and Biophysics at Dalhousie University, Halifax, Nova Scotia, Canada, before entering medical school at the University of Toronto, where he obtained his M.D. in 1972. He completed his residencies in General Surgery and Neurosurgery in 1977 at Toronto and then a fellowship in Pediatric Neurosurgery at the Hospital For Sick Children in Toronto in 1978. Dr. Pang holds specialist certi ficates in pediatric neurosurgery from the American Board of Neurological Surgeons and the American Board of Pediatric Neurosurgeons, the Royal College of Surgeons of England, and the Royal College of Surgeons of Canada and has been elected Fellow by the Royal Colleges of Surgeons of Canada and the United Kingdom and the American College of Surgeons. Dr. Pang joined the faculty of the University of Pittsburgh as Assistant Professor of Pediatric Neurosurgery in 1979 and became Professor and Chief of Pediatric Neurosurgery at Children 's Hospital of Pittsburgh and the University of Pittsburgh in 1987. He served there till 1993, when he moved to be Professor and Chief of Pediatric Neurosurgery at University of California, Davis. In 2003, Dr. Pang lso took on the position of Chief of the Regional Centre of Paediatric Neurosurgery of Northern California Kaiser Foundation Hospitals. Since 2017, he has served as Honorary Consultant Paediatric Neurosurgeon at the Great Ormond Street Hospital For Children in London, United Kingdom, mainly as teacher and mentor for other pediatric neurosurgery consultants and fellows. Widely acclaimed internationally for his pioneering work on disorders of the pediatric spine especially in the field of spinal dysraphism and other congenital malformations, he was conferred an Adjunct Professorship from the Nanjing Medical University, China; an Honorary Professorship from Sun Yat-sen University, China; and Visiting Professorship from the University of Cape Town, South Africa. He is also an honorary member of the Neurosurgical Society of Hong Kong. Dr. Pang has been an invited speaker on over 370 occasions to many countries and was also guest surgeon in many places including Hong Kong; Singapore; India; Beijing, Nanjing, and Guangzhou in China; Taiwan; South Africa; and Thailand. With research interests encompassing neuroembryology, pediatric spinal injuries, spinal cord congenital malformations, embryology and bony malformations of the craniovertebral junction, intraoperative neurophysiology monitoring, and neuroendocrinology, he has been the principle recipient of a National Institute of Health RO-1 Grant on intraventricular hemorrhage in a canine model and a Centre Project Grant from the University of Pittsburgh on the induction of precocious puberty using a non-invasive balloon in the third ventricle in a primate model. His published list includes over 200 refereed articles and chapters, many of which are landmark publications. Dr. Pang has edited two books on the pediatric spine and spinal cord diseases, besides serving as Co-editor in Chief for the current project of the Textbook of Pediatric Neurosurgery. Dr. Pang now lives full time in London with his wife Lynne.

James T. Rutka Born in Toronto, and educated at Princeton University (1975 -1977) and Queen's University Medical School (1977 -1981), Dr. Rutka did an internship at McGill University (1981 -1982) before entering the University of Toronto Neurosurgery Training Program in 1982. His training included a research fellowship at the Brain Tumor Research Centre, the University of California, San Francisco, where he obtained his Ph.D. in Experimental Pathology (1984 -1987). Dr. Rutka assumed his appointment in the Division of Neurosurgery, the Department of Surgery, the University of Toronto, in 1990. He is a Pediatric Neurosurgeon whose clinical practice has been at the Hospital for Sick Children. Dr. Rutka's primary research and clinical interests relate to the science and surgery of human brain tumors and epilepsy. He has over 500 peerreviewed publications. In 1999, Dr. Rutka was promoted to Professor in the Department of Surgery, the University of Toronto, and was appointed to the Dan Family Chair in the Division of Neurosurgery - a position he held until 2011. In 2009, he was the Honored Guest at the Congress of Neurological Surgeons ' Annual Meeting. In 2010 and 2011, Dr. Rutka served as President of the American Association of Neurological Surgeons. In 2011, he became President of the World Academy of Neurological Surgery, President of the American Academy of Neurological Surgery, and Fellow of the Royal Society of Canada. That same year, he was appointed as the RS McLaughlin Professor and Chair of the Department of Surgery at the University of Toronto. In 2013, Dr. Rutka became the first Canadian to be appointed as Editor in Chief of the Journal of Neurosurgery and was inducted as a Member of the Order of Ontario. In 2015, he was inducted as an Officer of the Order of Canada. In 2017, he received an honorary degree, Doctor of Science, from his Medical School Alma Mater, Queen 's University. In 2019, Dr. Rutka received the Cushing Medal from the American Association of Neurological Surgeons. Dr. Rutka is married to Mari Rutka. Together they have three children: Daniel, Hana, and Marissa.