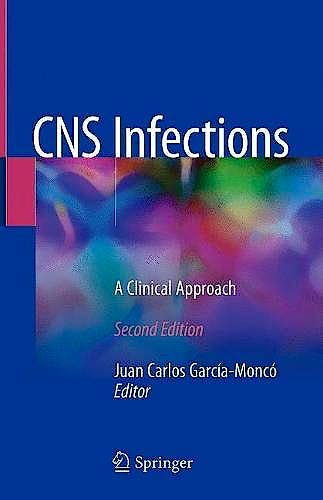 This updated and expanded second edition covers selected infections of the central nervous system of considerable current interest. Aspects that are less well documented, such as spinal cord infections, central nervous system infections in patients with cancer, tropical infections, healthcare-associated ventriculitis or meningitis, and immunological problems in the international traveler are also discussed, as these are all problems relevant to daily practice. It is a multi-authored book written by experts in the field of neurological infection. A new section on infectious neuropathies is included.

CNS Infections: A Clinical Approach is of value to the busy clinician the neurological international community as well as all primary care doctors, internal medicine specialists and residents who take care of patients with suspected neurological infections.

Juan Carlos Garcia-Monco, MD, PhD, FAAN, is the Chair of the Department of Neurology at Galdakao-Usansolo Hospital in Spain. As active practicing neurologist, he has had a long-standing interest in the infections of the nervous system. He received his medical doctor degree, cum laude, from the University of Cantabria, Spain. After finishing a residency in neurology in Spain, he held a postdoctoral fellowship in the Department of Pathology of the State University of New York at Stony Brook, where he developed an interest in Lyme neuroborreliosis. During his fellowship years and thereafter, Dr Garcia Monco published many articles on the pathogenesis of the Lyme and relapsing fever neuroborreliosis. Upon his return to his present position, he continued to collaborate in studies in this area. He has also contributed comprehensive clinical studies as well as reviews in meningitis due to Mycobacterium tuberculosis, drug induced meningitis and in other general infections of the nervous system.

Dr Garcia-Monco is a fellow of the American Academy of Neurology, a member of the Spanish Society of Neurology and an Adjunct Professor of Microbiology at the State University of New York at Stony Brook where he teaches in the microbiology course for second year medical students.