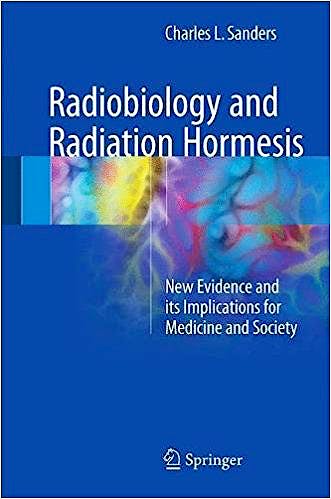 Radiobiology and Radiation Hormesis. New Evidence and Its Implications for Medicine and Society

This book presents new information on radiobiology that more clearly refutes the linear no-threshold (LNT) assumption and supports radiation hormesis. Fresh light is cast on the mechanisms of radiation hormesis and the potential benefits of low-dose ionizing radiation in preventing and treating a wide variety of inflammatory and proliferative diseases. It is proposed that these effects may derive from cellular communication via electromagnetic waves directed by DNA, with each cell acting as a quantum computer. Readers will also find close analysis of the negative impacts of radiophobia on many aspects of modern life, including attitudes to imaging technologies, licensing of nuclear power reactors, and preparedness for survival of nuclear war. The book will be of interest to researchers and scientists in radiobiology, radiation protection, health physics, medical physics, and radiology. Specifically, it will provide medical physicians, radiation oncologists, radiation epidemiologists, gerontologists, cell biologists, toxicologists, and nuclear engineers with a wide range of interesting facts and enlightening novel perspectives.

Charles L. Sanders has a PhD in radiobiology and has been a professor in nuclear engineering at Washington State University (1975-1996) and the Korea Advanced Institute of Science and Technology (2004-2010). He also carried out research involving the inhalation toxicology of transuranic aerosols at Battelle Northwest Laboratory (1969-1995). His research interest in radiation hormesis started in 2005 while in Korea. Dr. Sanders is the author of six books, including Radiation Hormesis and the Linear-No-Threshold Assumption, published by Springer in 2009, and about 170 peer-reviewed papers.