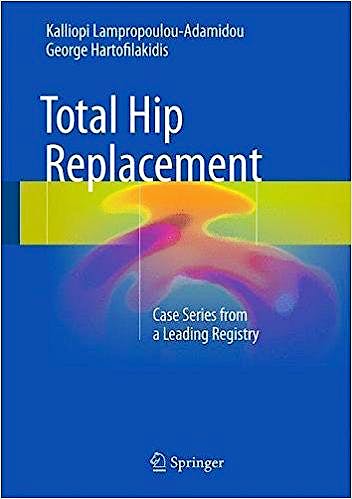 Setting out from the premise that “a picture is worth more than a thousand words”, this book presents a superb set of illustrations, with accompanying clinical data, relating to a series of cases from a single surgeon registry. The series has the benefit of offering exceptionally homogeneous data from patients who have undergone total hip replacement (THR) and have been subjected to long-term follow-up with repeated acquisition of radiographs. This THR registry was established at the time when the Orthopaedic Department of the University of Athens became one of the first centers in Greece to perform THR. It now offers a huge database of unparalleled interest that includes approximately 1000 THRs performed by one of the authors (G. Hartofilakidis) between 1973 and 1994, with subsequent continuous follow-up. The cases with series of preoperative radiographs are of special interest, as they indicate the natural history of different types of hip disorders. In some cases of congenital hip disease, previous radiographs dating back to early childhood are available. Key messages and lessons learned are clearly spelled out. The book will be of high value for all orthopaedic surgeons who are interested in hip reconstruction surgery.

Kalliopi Lampropoulou-Adamidou, MD, MSc, PhD, is Orthopaedic Surgeon and clinical and research fellow at the Laboratory for the Research of Musculoskeletal System “Th. Garofalidis”, Medical School of the National and Kapodistrian University of Athens, General Hospital of Athens KAT, Athens, Greece. She took a Master of Science in Metabolic Bone Diseases (MSc) in 2011 and a PhD in Experimental Osteoarthritis in 2015. She has special interest on joint reconstruction, metabolic disorders of musculoskeletal system, osteoarthritis and cartilage disorders and orthopaedic trauma. She’s member of the Hellenic College of Orthopaedic Surgeons (HCOS), the Hellenic Association of Orthopaedic Surgery and Traumatology (HAOST), the Hellenic Foundation of Osteoporosis (HELIOS), the Hellenic Society for the Study of Bone Metabolism (HSSBM), the Hellenic Society for Biomaterials (HSB) and the European Calcified Tissue Society (ECTS). She’s author of 30 publications in peer-reviewed international journals in PubMed with 180 citations, 6 publications in Greek journals and reviewer for 8 peer-reviewed orthopaedic journals. She has authored one orthopaedic book in English and two book chapters.

George Hartofilakidis, MD, FACS, is Professor Emeritus, at the Medical School of the National and Kapodistrian University of Athens, Greece. He was Chairman of the Department, between 1967 and 1995. He’s member of many scientific societies: the Hellenic Association of Orthopaedic Surgery and Traumatology (HAOST), the American Orthopaedic Association (AOA), the British Orthopaedic Association (BOA), and fellow of the American College of Surgeons (ACS). During his long professional career, he was appointed President of the Hellenic Association of Orthopaedic Surgery and Traumatology (1969-1970), President of the Physical Therapy School of Athens (1969-1982), Dean of the Medical School of University of Athens (1974-1975), Member of the Senate Committee of the University of Athens (1976-1977), President of the Hellenic College of Orthopaedic Surgeons (1983-1988) and President and Member of many Greek Hospital Boards. He’s author of almost 100 publications in peer-reviewed international journals in PubMed, with about 2,000 citations, and more than 70 publications in Greek journals. He has authored 4 orthopaedic books in Greek language, one in English and many book chapters. His classification of congenital hip disease in adults is well known and used all over the world.