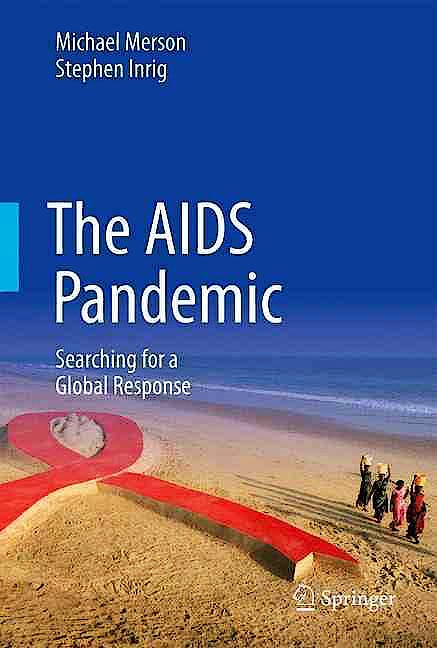 The AIDS Pandemic. Searching for a Global Response (Hardcover)

This ambitious book provides a comprehensive history of the World Health Organization (WHO) Global Programme on AIDS (GPA), using it as a unique lens to trace the global response to the AIDS pandemic. The authors describe how WHO came initially to assume leadership of the global response, relate the strategies and approaches WHO employed over the years, and expound on the factors that led to the Programme’s demise and subsequent formation of the Joint United Nations Programme on HIV/AIDS(UNAIDS). The authors examine the global impact of this momentous transition, portray the current status of the global response to AIDS, and explore the precarious situation that WHO finds itself in today as a lead United Nations agency in global health.

Several aspects of the global response – the strategies adopted, the roads taken and not taken, and the lessons learned – can provide helpful guidance to the global health community as it continues tackling the AIDS pandemic and confronts future global pandemics.
Included in the coverage:

The AIDS Pandemic: Searching for a Global Response recounts the global response to the AIDS pandemic from its inception to today. Policymakers, students, faculty, journalists, researchers, and health professionals interested in HIV/AIDS, global health, global pandemics, and the history of medicine will find it highly compelling and consequential. It will also interest those involved in global affairs, global governance, international relations, and international development.

Michael H. Merson, MD, is the founding director of the Duke Global Health Institute and the Wolfgang Joklik Professor of Global Health at Duke University. He joined the Duke faculty in November 2006. Dr. Merson served as Vice Chancellor for Duke-National University of Singapore (NUS) Affairs from 2010-2016. He was named the Vice President and Vice Provost for Global Affairs at Duke University in June 2011.

Dr. Merson graduated from Amherst College (BA) and the State University of New York, Downstate Medical Center. After serving as a medical intern and resident at Johns Hopkins Hospital in Baltimore, Maryland, he worked in the Enteric Diseases Branch at the Centers for Disease Control (CDC) in Atlanta, GA, and then served as the Chief Epidemiologist at the Cholera Research Laboratory in Dhaka, Bangladesh. His research focused on the etiology and epidemiology of acute diarrheal diseases, including cholera, in developing countries and on the cause of travelers’ diarrhea in persons visiting these countries.

In 1978, he joined the World Health Organization (WHO) as a Medical Officer in the Diarrheal Diseases Control Program. He served as Director of that Program from January 1980 until May 1990. In August 1987, he was also appointed Director of the WHO Acute Respiratory Infections Control Program. In May 1990, he was appointed as Director of the WHO Global Program on AIDS. This Program was operational worldwide and responsible for mobilizing and coordinating the global response to the HIV/AIDS pandemic.

In April 1995, he joined Yale University School of Medicine as its first Dean of Public Health and as Professor and Chairman of the Department of Epidemiology and Public Health, positions he held until December 2004. In 2001, he was named as the Anna M. R. Lauder Professor of Public Health in the Yale University School of Medicine. From 1999-2006, he also served as Director of the Center for Interdisciplinary Research on AIDS at Yale University, which undertakes research on HIV prevention in vulnerable and underserved populations in this country and abroad. He also led a number of training programs that strengthened the capacity of scientists in Russia, China, India and South Africa to undertake HIV/AIDS prevention research.

Dr. Merson has authored more than 175 articles, primarily in the area of disease prevention. His most recent contributions concern HIV policy and prevention in developing countries and broader global health issues. He is the senior editor of Global Health: Disease, Programs, Systems, and Policies, which is a leading global health textbook in the United States.

He has served in advisory capacities for UNAIDS, WHO, the Global Fund to Fight AIDS, TB and Malaria, World Bank, Doris Duke Foundation, World Economic Forum, and the Bill & Melinda Gates Foundation, and on several NIH review panels and advisory committees. He is a member of the Commission for Smart Global Health Policy at the Center for Strategic and International Studies. Dr. Merson has received two Commendation Medals from the U.S. Public Health Service, the Arthur S. Flemming Award for distinguished government service, the Surgeon General’s Exemplary Service Medal and two honorary degrees and is an elected member of the Institute of Medicine (IOM) in the National Academy of Sciences.

Stephen Inrig, PhD, MSCS, is an Associate Professor at Mount Saint Mary's University in Los Angeles, where he serves as director of the graduate program in Healthcare Policy and Management and director of interdisciplinary healthcare research. Professor Inrig teaches and conducts research on the social determinants of health and the influence of health policies on vulnerable populations in the United States and around the world. A professionally-trained health outcomes researcher and historian, Dr. Inrig's peer-reviewed research has explored the role of local, state, federal, and global policy on people at risk for HIV, cancer, and mental illness. He also helps lead or has been involved in running programs addressing Breast Cancer, prisoner reentry, cross-border health issues, and at-risk youth.  His present research includes improving cancer screening and treatment outcomes for low-income and uninsured patients, ensuring the continuity of care for former prisoners reentering society, enhancing mental health care for traumatized refugees and asylum-seekers in the United States, and strategies for improving drug discovery and distribution for diseases with high international burdens.  Dr. Inrig is the author North Carolina and the Problem of AIDS: Advocacy, Politics, & Race in the South (UNC Press), along with several peer reviewed articles and popular articles.  His work has appeared in the Huffington Post, the Baltimore Sun, the Philadelphia Inquirer, ABC-TV Dallas (WFAA), and National Public Radio, and CBS national radio.  Inrig received his PhD from Duke University in the History of Medicine (Health Policy); his MS in Clinical Sciences (Health Systems Research) from the University of Texas, Southwestern Medical School’s Graduate School of Biomedical Sciences; and his BA in History from the University of North Texas.