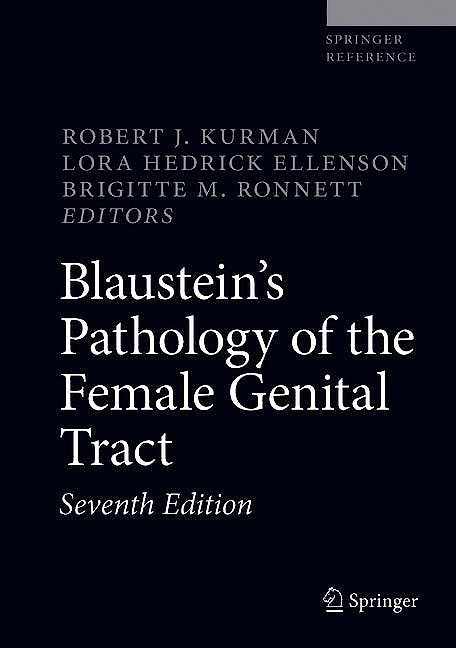 Since the publication of the 1/e in 1977, Blaustein""s Pathology of the Female Genital Tract has consolidated its position as the leading textbook of gynecological pathology. An essential reference for all pathologists and residents, this thoroughly updated Seventh Edition includes more than 1400 illustrations in color, informative tables and 22 revised chapters written by internationally recognized experts. Discussion of each specific entity is organized to include general information, etiology, and epidemiology followed by clinical features, pathologic findings, differential diagnosis, clinical behavior, and treatment. This clear organization is applied throughout the book and allows the reader to quickly access key information in every chapter.

Blaustein""s Pathology of the Female Genital Tract remains the gold-standard reference for practicing pathologists and trainees, as well as for obstetric/gynecology practitioners and residents.

Robert J. Kurman, MD and PhD, is the Director of the Division of Gynecological Pathology at Johns Hopkins University where his focus has been aimed at elucidating the pathogenesis of a variety of neoplasms in the female genital tract, particularly in the morphologic and genetic alterations associated with the early events in carcinogenesis. He has written dozens of articles and has authored, co-authored, edited or co-edited many books including Molecular Pathology of Gynecologic Cancer (2007), Diagnosis of Endometrial Biopsies and Curettings (2005), Diagnosis of Endometrial Biopsies and Curettings: A Practical Approach (2004), Histological Typing of Female Genital Tract Tumours (International Histological Classification of Tumours) (1994), The Bethesda System for Reporting Cervical/Vaginal Cytologic Diagnoses (1994), and Atlas of Gynecologic Pathology (1987).