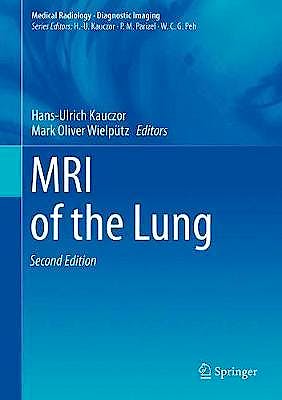 MRI of the Lung

This book provides a comprehensive overview of how to use MRI for the imaging of lung disease. Special emphasis is placed on routine applications and the clinical impact of MRI in each setting. In addition, current technological developments are reviewed and information presented on dedicated applications of MRI in preclinical and translational research, clinical trials, and specialized institutions.During the past two decades, significant advances in the technology have enabled MRI to enter and mature in the clinical arena of chest imaging. Standard protocols are now readily available on MR scanners, and MRI is recommended as the first- or second-line imaging modality for a variety of lung diseases, not limited to cystic fibrosis, pulmonary hypertension, and lung cancer. The benefits and added value of MRI originate from its ability to both visualize lung structure and provide information on different aspects of lung function, such as perfusion, respiratory motion, ventilation, and gas exchange. On this basis, novel quantitative surrogates for lung function and therapy control (imaging biomarkers) are generated. The second edition of MRI of the Lung has been fully updated to take account of recent advances. It is written by an internationally balanced team of renowned authors representing all major groups in the field.

Mark Oliver Wielputz is a Senior Radiologist at the University Hospital of Heidelberg. He studied Medicine at the Universities of Erlangen-Nuremberg and Sydney from 2002 to 2008. Thereafter he took his Residency in the Department of Diagnostic and Interventional Radiology at the University Hospital of Heidelberg. He received his Board Certification in 2014 and the European Diploma in Radiology in 2015. His main research interest is in functional imaging in chronic obstructive pulmonary diseases and cystic fibrosis, and his work helped to introduce lung MRI into routine clinical practice. He received his Habilitation degree as University Lecturer in 2016.