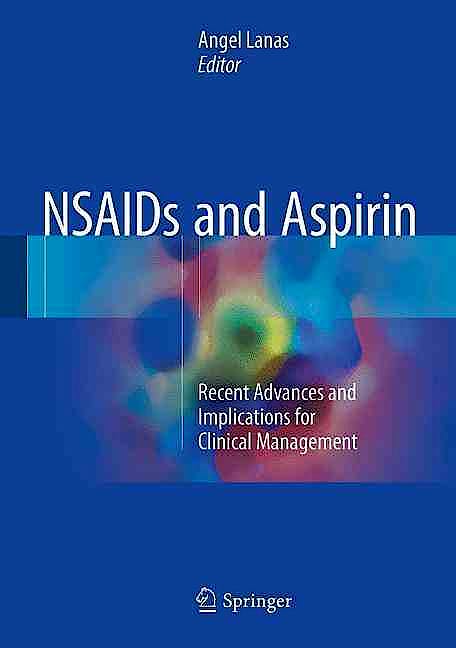 Nsaids and Aspirin. Recent Advances and Implications for Clinical Management

This volume is a state-of-the art resource on the recent advances and clinical management of NSAIDs and aspirin. The text provides a thorough overview of NSAIDS and aspirin, reviewing such topics as pharmacology and mechanisms, clinical effects, and the safety and efficacy of these drugs. It also focuses on the effect of the drugs on the cardiovascular system and in the prevention of GI cancer. Practical recommendations for a safe prescription of NSAIDs are also included.
Written by experts in the field, NSAIDs and Aspirin: Recent Advances and Implications for Clinical Management is a comprehensive text of great value to gastroenterologists, rheumatologists, cardiologists, oncologists, orthopedists, trauma and internal medicine specialists.

Since 2000, he has published more than 80 research and review publications in the field of gastroenterology. Prof. Lanas’ research interests include acid-, H. pylori- and NSAID-related gastrointestinal diseases.Chemoprevention of GI cancer