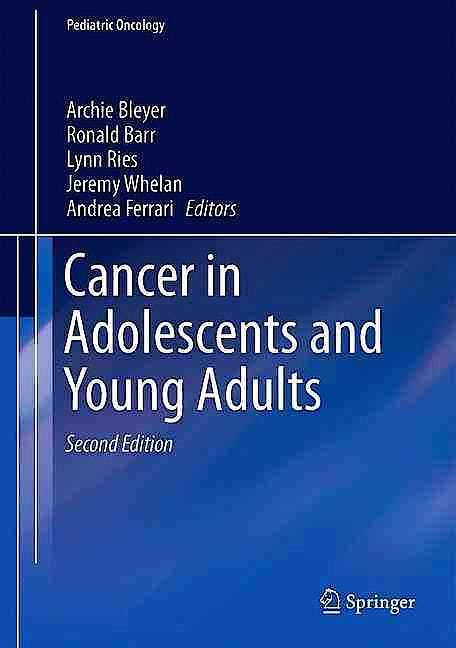 This is the second edition of the only book to be devoted exclusively to the total cancer picture in adolescents and young adults (AYA), now expanded from the age range 15-29 to that of 15–39 years. For each of the diverse spectrum of cancers encountered in the AYA group, the epidemiology, natural progression, diagnostic approaches, and treatment options are described, with special emphasis on strategies for early detection and prevention. Comparison is made with management of both younger and older patients, and model programs are presented that address common diagnostic, staging, treatment, and psychosocial shortcomings in the AYA group. Detailed attention is also paid to principles and practices of care, with consideration of psychosocial and quality of life issues, social support systems, rehabilitation, late effects, insurance, and economic aspects of health care, among other topics. The authors make compelling arguments for integrated strategies that allow young adults to benefit from the combined expertise of pediatric and adult oncologists in systems that identify both the complex disease and the social issues specific to this population.

The proposed models of care include relationships with other specialties that do not specifically target this age group, i.e., infectious disease, endocrinology, pulmonary medicine, nephrology, gastroenterology, thoracic and abdominal surgery, urology, otolaryngology, and neurosurgery. New patterns of communication are advocated and endorsed as essential for productive interaction involving these specialties. References are extensive and are oriented toward users in pediatric hematology-oncologymedical oncology, radiation oncology, surgical oncology, gynecologic oncology, oncology nursing, psycho-oncology, social work, epidemiology, public health and health services research. The contributing authors are from the United States, the United Kingdom, Canada, Italy, France, Israel, Switzerland and Australia, Germany, Japan and the Netherlands.

Archie Bleyer, MD, became interested in AYA oncology in the mid 1990s when he became aware that the progress in cancer he had personally witnessed in children had not occurred in adolescents. As Chair of the Children’s Cancer Group, he formed the CCG AYA Committee and in 1999, had the U.S. National Cancer Institute (NCI) conduct a workshop on the topic. Dr. Bleyer subsequently engaged in a national AYA oncology initiative the Children’s Oncology Group, NCI Cancer Therapy Evaluation Program, U.S. President’s Cancer Panel, American Society of Clinical Oncology, University of Texas M.D. Anderson Cancer Center, and the Aflac Foundation. The initiative has since been joined by U.S. NCI Director’s Office, Teens Living with Cancer (13 to Thirty), the LiveStrong Young Adult Alliance, the Critical Mass Young Adult Cancer Alliance, Teenage Cancer Trust, Planet Cancer, CanTeen, Teen Impact, CancerCare, Young Survival Coalition, multiple cancer centers in the U.S., Australia, and Europe, and Sigma-Tau, Jazz and Baxalta Pharmaceuticals. All this was facilitated by what he learned from >$75 million research grants over the years that he has had the privilege to administer as a  Principal Investigator. He is a Clinical Research Professor in Radiation Medicine and The Knight Cancer Institute at the Oregon Health and Science University and founder of DEFEATcancer of the St. Charles Health System in Central and Eastern Oregon.

In 2014, he received the Critical Mass Trailblazer Award in Young Adult Oncology and in 2015 the American Society of Clinical Oncology Special Recognition Award, the Distinguished Alumnus Award from the University of Rochester School of Medicine and Dentistry, and the Archie Bleyer Aflac Young Investigator Award in AYA Oncology from the Children’s Oncology Group. Prior awards include the American Society of Pediatric Hematology/Oncology Distinguished Career Award, the American Cancer Society’s Partners in Courage Award, the Wellness Community Living WellnessAward, and Teens Living with Cancer Melissa Living Legacy Foundation Award. He has been named among America’s Top Doctors, one of America’s Top Pediatricians by Consumers’ Research Council of America, and a Leading Health Professional of the World by the International Biographical Centre in Cambridge, England. He is a Fellow in the Royal College of Physicians and Surgeons (Glasgow, Scotland).

Ronald Barr was born in Scotland and graduated from the University of Glasgow in 1966. After training in internal medicine and hematology, in 1970 he joined the team from Glasgow charged with developing a Faculty of Medicine at the University of Nairobi; the first medical school in Kenya. Soon after returning to Scotland from Kenya, following his mentor to the University of Aberdeen, he moved to the United States in 1974 for two years as a Visiting Scientist in the National Cancer Institute at the National Institutes of Health in Bethesda. After a further short sojourn in Scotland, in 1977 he joined the Faculty of Health Sciences at McMaster University in Hamilton, Canada where he is Professor of Pediatrics, Pathology and Medicine.  Dr. Barr led the Division of Hematology and Oncology at McMaster Children’s Hospital for 30 years. He has authored some 400 publications, co-edited the first edition of this book with Dr. Archie Bleyer and is co-chair of the federally funded National Task Force on Adolescent and Young Adult Oncology in Canada.

Lynn Ries received her M.S. in Biomathematics from the University of Washington (Seattle). She has over 40 years of experience in cancer data collection and analyses of cancer incidence and survival data. She has published widely during her many years at the National Cancer Institute (NCI) and currently as a contractor to NCI’s Surveillance Research Program (SRP). She co-authored many of the Annual Reports to the Nation on the Status of Cancer, since the first report was released in 1998. For many years, she was the chief editor of NCI’s Surveillance Epidemiology and End Results (SEER) Cancer Statistics Review, an annual publication of cancer incidence, survival and mortality with a special chapter devoted to cancers of adolescents and young adults. She served on the NCI Program Review Group for Adolescent and Young Adult Cancers which published the report, Closing the Gap: Research and Care Imperatives for Adolescents and Young Adults with Cancer. She has been an editor and chapter author on several NCI monographs including Cancer Epidemiology in Older Adolescents and Young Adults 15 to 29 Years of Age, Including SEER Incidence and Survival: 1975-2000. She served on several North American Association of Central Cancer Registries (NAACCR) committees which encourage standardization in cancer data collection for the United States and Canada. She served as Regional Representative for North America and Treasurer on the board of the International Association of Cancer Registries.

Jeremy Whelan is Consultant Medical Oncologist at University College London Hospitals NHS Foundation Trust and Professor of Cancer Medicine at University College London. He trained in medicine in London and Nottingham before being appointed as a Consultant Oncologist in 1996 and since then has developed services for sarcomas and for young people with cancer as well as leading extensive programmes of clinical research in these areas. He was a founder member and first chair of Teenagers and Young Adults with Cancer, a national group for professionals (TYAC) and chaired the National Cancer Research Institute Teenage and Young Adult Clinical Studies Group for 9 years. He is a chief investigator of the international randomised study for osteosarcoma, EURAMOS 1, which completed accrual of over 2000 patients in Europe and the United States (www.euramos.org) and of BRIGHTLIGHT, a national research study addressing the value of specialist services for young people with cancer (www.brightlightstudy.com). He leads the EURO EWING Consortium (www.euroewing.eu) to improve survival from Ewing sarcoma through clinical research. He has also taken an active role in national cancer policy developments in his areas of expertise.

Andrea Ferrari was born in Milan, Italy on 1968. He concluded the medical graduate in 1993 and the board on oncology in 1997. He has been working since 1994 at the Pediatric Oncology Unit of the Istituto Nazionale Tumori of Milan, where he is the person responsible of the Outpatient Service. He tackled research projects dedicated to soft tissue sarcomas and pediatric rare tumors: he is founding member of the Board of the European Pediatric Soft Tissue Sarcoma Study Group (EpSSG) and the Principal Coordinator of the EpSSG Scientific Committee on Non-rhabdomyosarcoma soft tissue sarcomas. He is co-founder of the Italian Pediatric Rare Tumors TREP project and of the European Cooperative Study Group for Pediatric Rare Tumors ExPERT . In the last years, he devoted most of his activity to the special needs of adolescents with cancer. He founded the “Youth Project” in his center and the Italian Society of Adolescents with Onco-hematological diseases (SIAMO). He is author or co-author of more than 280 papers published on international scientific journals.