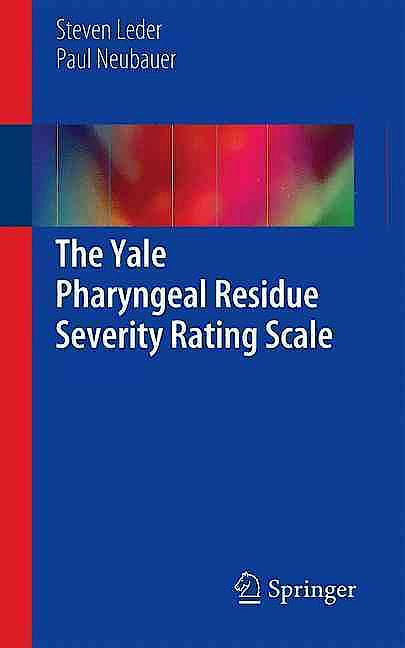 This text is a reliable, validated, anatomically defined, and image-based tool to determine residue location and severity when performing fiberoptic endoscopic evaluation of swallowing (FEES).  Based upon research by Drs. Leder and Neubauer, an easily interpreted, readily learned, and hierarchically organized pharyngeal residue severity rating scale was developed for speech-language pathologists, otolaryngologists, and other health care professionals who perform and interpret FEES.  The Yale Pharyngeal Residue Severity Rating Scale works equally well for any swallow of interest, whether it is the first, subsequent clearing, or last swallow.  The endoscopist simply has to match their chosen swallow with its scale mate.

Steven B. Leder, Ph.D., CCC-SLP, Professor, Dept. of Surgery, Section of Otolaryngology, received his doctorate in speech-language pathology from the University of Connecticut in 1983. Dr. Leder was the research speech-language pathologist on the first single-channel cochlear implant project in the nation at the Veterans Affairs Medical Center, West Haven, CT from 1983-1986. He then worked at Yale-New Haven Hospital before accepting an academic appointment at Yale University School of Medicine in 1991. Dr. Leder has published extensively in the areas of dysphagia diagnostics and rehabilitation, head and neck cancer, voice restoration with tracheoesophageal prostheses, and patients with tracheotomy and ventilator dependency.

Paul Neubauer, MD, is a physician in the Department of Surgery (Otolaryngology) at Yale School of Medicine