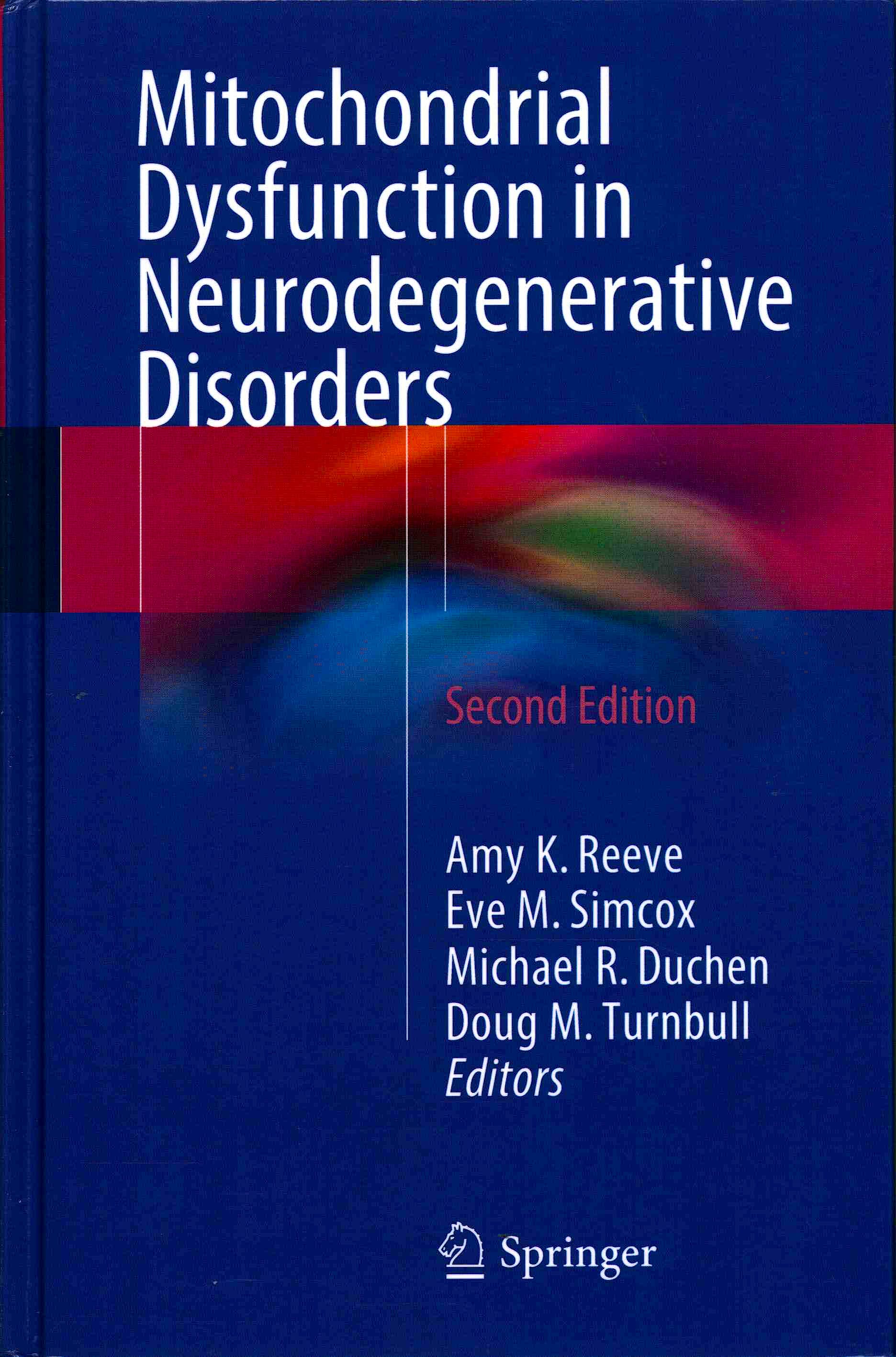 This second edition brings together up-to-date contributions from leaders in the field internationally on the various ways in which mitochondrial dysfunction contributes to the pathogenesis of neurodegenerative diseases, including Parkinson’s disease, Alzheimer’s disease and multiple sclerosis. The reader is guided through the basic functions of mitochondria and the mechanisms that lead to their dysfunction, and on to the consequences of this dysfunction for neuronal function before finishing with the modelling of these disorders and discussion of new potential therapeutic targets.

Additional chapters have been added to the book to reflect advances in the field and there are many new contributors and topics, including how mitochondria are degraded and the interaction of the mitochondria with pathologically relevant proteins.

Mitochondrial Dysfunction in Neurodegenerative Disorders provides an accessible, authoritative guide to this important area for neurologists; research and clinical neuroscientists; neuropathologists; and residents with an interest in clinical research.

Amy did her undergraduate degree in Neuroscience at Edinburgh University before moving to the Mitochondrial Research Group at Newcastle University for her PhD studies. She completed her PhD in the study of the molecular mechanisms of neurodegenerative disease in 2007 and now has her own research group within the Wellcome Trust Centre for Mitochondrial Research. Her current research interests centre around understanding the mechanisms behind the neurodegeneration seen in Parkinson’s disease, and the contribution of mitochondrial dysfunction to these changes. Funded by Parkinson’s UK as a research fellow Amy’s interests lie in understanding how changes within mitochondria, mitochondrial transport and the interaction of mitochondrial with alpha-synuclein contributes to the development of Parkinson’s disease.

Eve did her undergraduate degree in Biomedical Science at Newcastle University and continued her studies within the Mitochondrial Research Group for her PhD. She completed her PhD in the study of the turnover and dynamics of mitochondria in neurodegenerative disease in 2014 and now works as the impact officer for the faculty of Science, Agriculture and Engineering.

Michael obtained his Bachelor of Medicine degree from Oxford and London Universities, and moved to UCL for his PhD studies. He has remained at UCL since, where he is now a Professor of Physiology. Michael founded and leads the UCL consortium for Mitochondrial Research and leads a successful research group. Michael's interests lie primarily in understanding the relationships between mitochondrial biology and cell signalling. His research group's main interest lies in understanding the inter-relationship between calcium signalling, mitochondria and free radical biology in cell physiology and pathophysiology. Particular contributions have been made into understanding the contribution of mitochondrial dysfunction to cell injury and death.

Professor Turnbull is a clinical academic who leads a basic science research programme in conjunction with developing clinical services. He has three main roles.

Director of the Wellcome Trust Centre for Mitochondrial Research. The Wellcome Trust Centre is focused on research to improve the lives of patients with mitochondrial disease. This includes research to identify the genetic defect in patients with mitochondrial disease and his work also focuses understanding the molecular mechanisms underlying the neurological features in patients. With colleagues he is searching for new therapies for patients and actively involved in clinical studies evaluating potential therapies. He has been actively involved in work to prevent the transmission of mitochondrial DNA disease using an IVF technique called mitochondrial donation.

Lead for the NHS Highly Specialised Services for Rare Mitochondrial Services for Adults and Children. Professor Turnbull developed this service provides optimum care for patients with mitochondrial disease throughout the UK with Centres in Newcastle, London and Oxford. This service was built on the back of clinical and basic research and the service reviews in excess of 800 patients per year. The service has developed care pathways and patient guidance that are used worldwide of the benefit of patients.

Director MRC/BBSRC Centre for Ageing and Vitality. Professor Turnbull has a major interest in understanding the basic mechanisms involved in human ageing with particular emphasis on the role of mitochondria. The MRC Centre is focused on understanding how these mechanisms are influenced by lifestyle interventions and studies aimed at promoting healthy ageing.