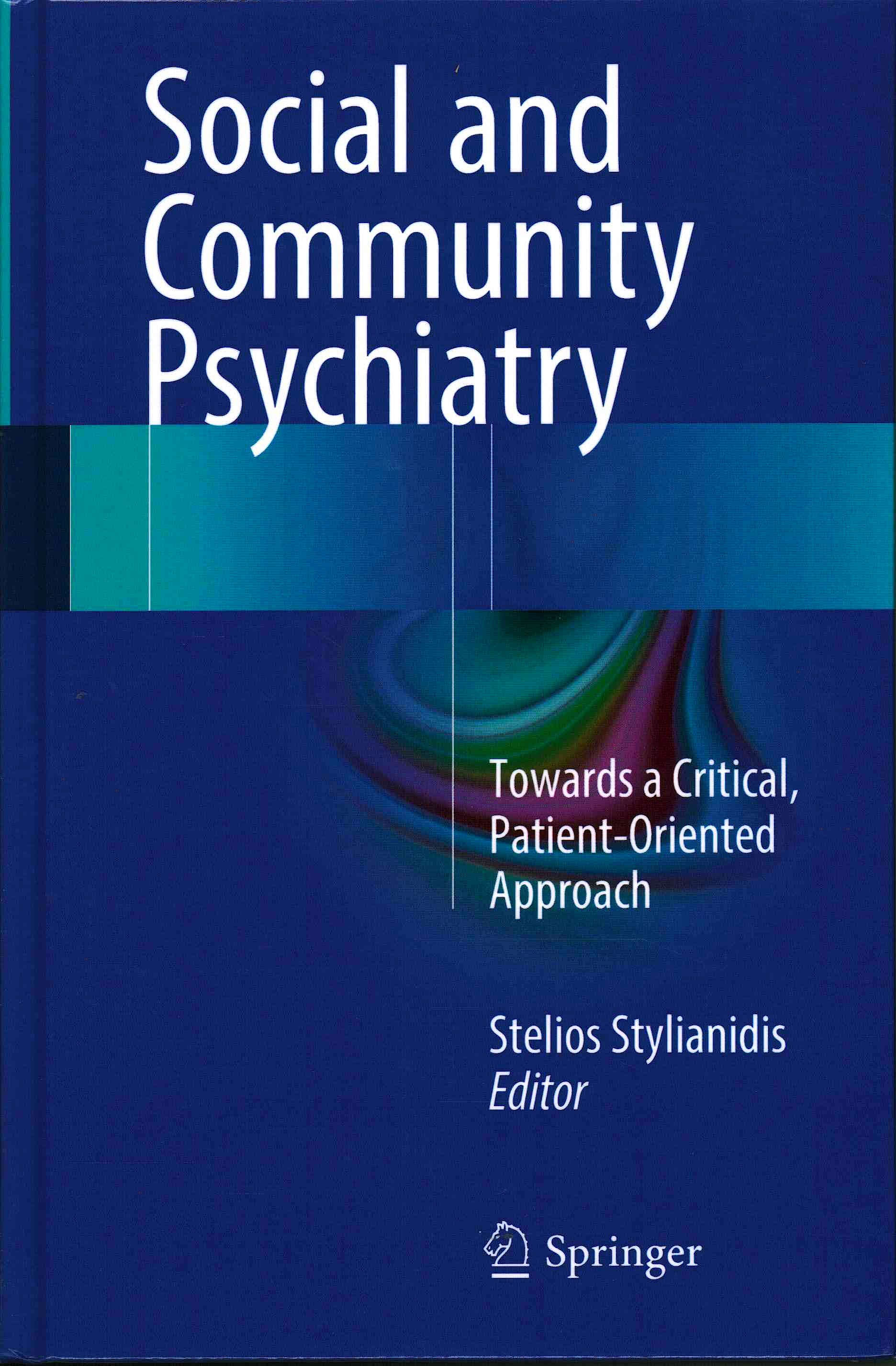 Social and Community Psychiatry. towards a Critical, Patient-Oriented Approach

This book presents the basic theoretical and historical concepts and it describes current perspectives and data, focusing on good practices in community psychiatry in Greece and in other parts of Europe. Concepts such as thebiopsychosocial model, psychiatric reform, psychosocial rehabilitation and the recovery model, as well as new case management models are approached from a critical, anthropocentric perspective.

The current socioeconomic crisis in Europe brings with it new realities in mental health systems. New forms of social suffering are forcing the psychiatric community to re-examine what is considered normal. In order to respond to the complexity of the newly emerging needs, social and community psychiatry has been compelled to broaden the objectives of intervention and research alike, developing new and dynamic relations with complementary scientific fields such as social anthropology, psychoanalysis and microeconomics. The present work is the result of collaboration between professionals from across these different fields.

Stelios Stylianidis, Psychiatrist, Psychoanalyst, PhD: Stelios Stylianidis is Professor of Social Psychiatry at the Department of Psychology at Panteion University in Athens. He is the founder and Scientific Director of the Scientific Association for Regional Development and Mental Health (E.P.A.PS.Y.) (nGO), member of the International Scientific Committee of Lisbon Institute of Global Mental Health (LIGMH) and Past Vice President of the World Association for Psychosocial Rehabilitation. His past activities include being: Greek Counterpart of WHO for mental health, Chief Executive Officer of Children s Psychiatric Hospital of Attica (2000 - 2004), W.H.O. Consultant ( Nations for Mental HealthProgramme), as well as Director of the Community Mental Health Center in Chalkida (1989-1997). Dr. Stylianidis has professional experience (clinical work, research and administration) in France, Italy and Greece. He is a pioneer in Greece in the field of reform of psychiatric services, linking Primary Health Care with psychiatric services in networking optimization. Dr. Stylianidis contribution is also significant in the field of user and carer movement in mental health, both on a state and international level, wherein he has organized and implemented interventions primarily on the institutional level concerning empowerment, application of recovery model, and human rights in mental health. Dr. Stylianidishas been the author of over 130 scientific publications.