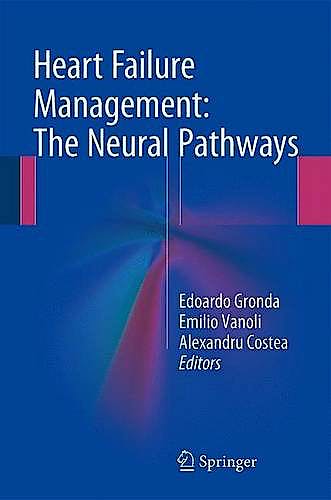 This book describes the most recent insights into heart failure and the role played by autonomic nervous system pathophysiology in it, discussing the therapeutic implications. While current therapeutic approaches are able to control the effects of excessive adrenergic activation in heart failure syndrome, the underlying abnormalities of adrenergic control remain unaltered and can still cause progression to unmanageable end-stage heart failure. New therapeutic pathways are therefore being explored with a view to developing interventions that can directly modulate adrenergic over-activity and restore a more appropriate balance in neural control of the cardiovascular system. The book opens by examining current heart failure therapies. Advances in our understanding of autonomic regulation/dysregulation in heart failure are then discussed in detail, in the context of the search for more effective therapies. A concluding section addresses the role of autonomic nervous system denervation in heart failure. The authors are top scientists from leading research centers.

Dr. Edoardo Gronda is Director of IRCCS Clinical Research Cardiology Unit and San Giuseppe Hospital (MultiMedica Group) in Milan, Italy, since 2010. His interest in heart failure started in 1984 when he staged 6 months at the London University Hospital Ontario (Canada), training on Heart Transplant program. Back to Italy he became one of the earliest Italian experts in heart failure as a sub-specialty, running the Heart failure/Heart Transplant Medicine Program at the Niguarda General Hospital, Milan, until 1999.

Alexandru Costea is Medical Director of Electrophysiology at the University of Cincinnati Hospital. He is Full Professor at the University of the Cincinnati School of Medicine and Associate Program Director of the Electrophysiology Fellowship Program since 2010. Furthermore, he is an expert in atrial fibrillation ablations and ventricular tachycardia ablations.