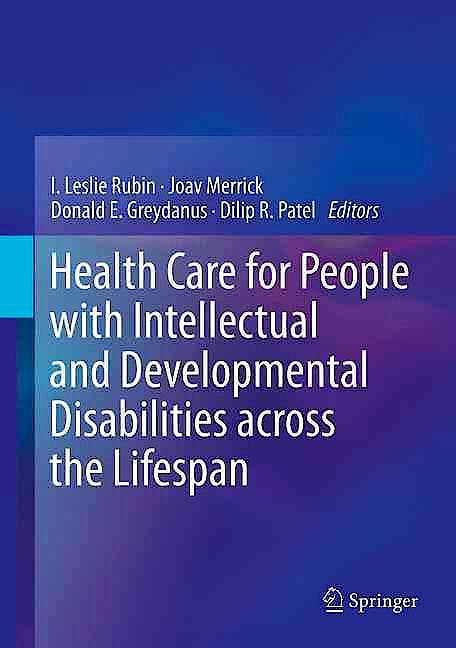 This book provides a broad overview of quality health care for people with intellectual and developmental disabilities (IDD). It focuses on providing the reader a practical approach to dealing with the health and well-being of people with IDD in general terms as well as in dealing with specific conditions. In addition, it offers the reader a perspective from many different points of view in the health care delivery system as well as in different parts of the world. This is the 3rd , and much expanded edition, of a text that was first published in 1989 (Lea and Fibiger). The second edition was published in 2006 (Paul Brookes)  and has been used as a formal required text in training programs for physicians, nurses and nurse practitioners as well as by administrators who are responsible for programs serving people with IDD. This book is considered the “Bible” in the field of health care for people with IDD since 1989 when the first edition came out.

Leslie Rubin, MD, is President and Founder of the Innovative Solutions for Disadvantage and Disability (ISDD), Research Associate Professor at the Department of Pediatrics, Morehouse School of Medicine in Atlanta, Georgia, Co-director of the Southeast Pediatric Environmental Health Unit at Emory University, and Medical Director of Developmental Pediatric Specialists, Atlanta, Georgia. He is originally from South Africa, where he trained in pediatrics. He came to the United States to specialize in neonatology and then in developmental pediatrics. He was initially at the hospitals of the Case Western Reserve University in Cleveland Ohio from 1976-1980 and then moved to the Children’s Hospital in Boston and the Harvard Medical School from 1980-1994. In July 1994 he moved to Atlanta, Georgia as Director of Developmental Pediatrics at Emory University and as Medical Director of the Marcus Center. Since 1998, he has been involved with the Southeast Pediatric Environmental Health Specialty Unit at Emory University, where he has integrated his understanding of developmental disabilities into the world of environmental health. In May 2004, he founded the Institute for the Study of Disadvantage and Disability (now Innovative Solutions for Disadvantage and Disability), which is dedicated to improving awareness and understanding of the relationship between social and economic disadvantage and disabilities in children. In September 2004, he left Emory University, and joined the faculty of Morehouse School of Medicine. He is the recipient of the 2012 Calvin J Sia Award from the American Academy of Pediatrics for work on a Medical Home for Homeless Children and also through the ISDD of the 2013 Martin Luther King Jr Award from Emory University Business School and School of Public Health for the work of ISDD in improving the lives of children who grow up in circumstances of social and economic disadvantage. E-mail: lrubi01@emory.edu

Donald E. Greydanus, MD, Dr. HC (ATHENS), FAAP, FSAM (Emeritus), FIAP (HON) is Professor and Founding Chair of the Department of Pediatric and Adolescent Medicine, as well as Pediatrics Program Director at the Western Michigan University Homer Stryker MD School of Medicine (WMED), Kalamazoo, Michigan, USA. He is also Professor of Pediatrics and Human Development at Michigan State University College of Human Medicine (East Lansing, Michigan, USA) as well as Clinical Professor of Pediatrics at MSU College of Osteopathic Medicine in East Lansing, Michigan, USA. Received the 1995 American Academy of Pediatrics’ Adele D. Hofmann Award for “Distinquished Contributions in Adolescent Health”, the 2000 Mayo Clinic Pediatrics Honored Alumnus Award for “National Contributions to the field of Pediatrics,” and the 2003 William B Weil, Jr., MD Endowed Distinguished Pediatric Faculty Award from Michigan State University College of Medicine for “National and international recognition as well as exemplary scholarship in pediatrics.” Received the 2004 Charles R Drew School of Medicine (Los Angeles, CA) Stellar Award for contributions to pediatric resident education and awarded an honorary membership in the Indian Academy of Pediatrics—an honor granted to only a few pediatricians outside of India. Was the 2007-2010 Visiting Professor of Pediatrics at Athens University, Athens, Greece and received the Michigan State University College of Human Medicine Outstanding Community Faculty Award in 2008.  In 2010 he received the title of Doctor Honoris Causa from the University of Athens (Greece) as a “distinguished scientist who through outstanding work has bestowed praise and credit on the field of adolescent medicine (Ephebiatrics).” In 2010 he received the Outstanding Achievement in Adolescent Medicine Award from the Society for Adolescent Medicine “as a leading force in the field of adolescent medicine and health.” Past Chair of the National Conference and Exhibition Planning Group (Committee on Scientific Meetings) of the American Academy of Pediatrics and member of the Pediatric Academic Societies’ (SPR/PAS) Planning Committee (1998 to Present). In 2011 elected to The Alpha Omega Alpha Honor Society (Faculty member) at Michigan State University College of Human Medicine, East Lansing, Michigan. Former member of the Appeals Committee for the Pediatrics’ Residency Review Committee (RRC) of the Accreditation Council for Graduate Medical Education (Chicago, IL) in both adolescent medicine and general pediatrics. Numerous publications in adolescent health and lectureships in many countries on adolescent health. E-mail: donald.greydanus@med.wmich.edu