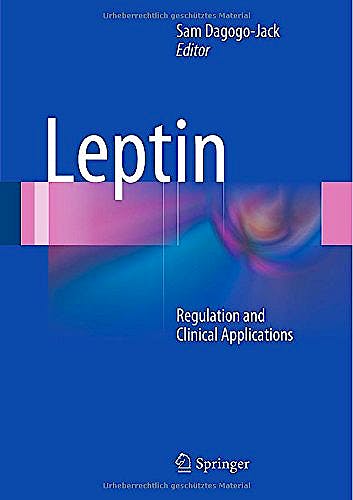 Twenty years after its discovery, recombinant human leptin has been approved by the Food and Drug Administration for the treatment of patients with lipodystrophy. Beginning with a synthesis of the vast body of work on its discovery, dissection of mechanisms, and effects in experimental models , the focus of this book shifts to a consideration of the regulation and role of leptin in humans. The emphasis on human-level data is a unique feature of this book. The results of numerous studies indicate that leptin is indeed a regulated human hormone.

Leptin provides a detailed account of the myriad physiological, hormonal, metabolic, immunological, mitogenic and inflammatory modulators and targets of leptin in a single volume. Next follows a comprehensive presentation of the therapeutic trials of recombinant leptin in patients with congenital leptin deficiency, lipodystrophy, hypothalamic amenorrhea, and other emerging areas, including leptin supplementation in leptin-replete subjects, leptin substitution for insulin in diabetic models, and novel combination regimens of leptin and other biogenic peptides. Unanswered questions and future directions in leptin research are highlighted in the Foreword by Dr. Jeffrey Friedman and throughout the volume. Identifying such questions helps direct research that could deepen understanding of the complex regulation of leptin under physiological and pathological conditions, a critical prerequisite to its rational deployment in the treatment of human disorders.